2003 Toyota Matrix With Less Than 400 Miles Is Lowkey Intriguing

Based on the Corolla, the Matrix is a rather dull hatchback for people that place reliability above anything else. You know, the kind of guys and gals who know exactly what they want. Manufactured exclusively in Canada, the Matrix ran from 2002 to 2014 for MY 2003 through 2014.
26 photos

Finding a good one isn’t exactly hard, especially if you extend your search beyond your state. On the other hand, finding a Matrix with less than 400 miles on the clock is like finding a solid gold needle in a big barn full of haystacks. Finished in Cosmic Blue Metallic over a gray interior, chassis number 2T1KR32E13C032569 shows only 356 miles (572.9 kilometers).

How could a two-decade-old car this boring feature so few miles? According to the seller, who purchased the 2003 model year Toyota Matrix in June 2022 from an estate sale, this lowkey intriguing time capsule originally belonged to a retired teacher. Due to illness, he moved the vehicle to climate-controlled storage, where it sat until a few months ago. That’s why the Carfax history report shows an otherwise suspect gap from 2005 to the current year.

The seller, a gentleman who goes by the name Dominguez on Cars & Bids, reports a few scratches on the hood, front bumper, and driver-side fender. Under his ownership, the Matrix received new engine oil, coolant, brake fluid, and tires with 2017 date codes. The fuel system was flushed because gasoline that sat for so many years isn’t exactly good for the fuel system.

Pictured on 16-inch steelies dressed in five-spoke plastic covers, the Matrix flaunts essential features that would appall younger people. The head unit consists of a radio with a CD player instead of Bluetooth connectivity and Apple CarPlay, the air conditioning does exactly that, and the door mirrors adjust manually, but it features cruise control. Yet, there’s no rearview camera either, but still, the rear window pops up independently of the hatch.

Offered with the original documentation, three keys, and a key fob, this Matrix will be gone from Cars & Bids on September 28th. With six days left on the ticker and 15 bids in, the highest bid is $7,100 at press time. 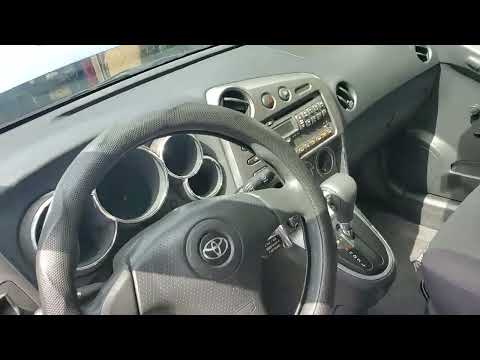