Teased just a few hours before its official introduction, Bugatti’s “new hyper sports car” is—just as we presumed—a new version of the ubiquitous Chiron. We were also spot on assuming that we would have something tied to the “Super Sport” nameplate. And it’s exactly that, as it’s simply labeled as the Bugatti Chiron Super Sport.
38 photos

Remember how Bugatti nailed a controversial speed record in the summer of 2019 when the Chiron Super Sport 300+ prototype exceeded the 300-mph threshold by reaching 304.773 mph (490.484 kph) in just one direction? Well, the 30-unit limited edition now has a sibling, the €3.2 million/$3.9 million Super Sport, whose first deliveries are coming in early 2022.

Unlike the Super Sport 300+, it is capable of hitting just 440 kph (273 mph) and is envisioned as the natural successor to Bugatti’s long line of Super Sport models. Everything started way back in 1931 at the Paris Motor Show when the company presented the original Type 55 Super Sport. The compressor-driven 2.3-liter eight-cylinder engine developed a mere 160 PS (158 hp), but it could still push the car to 180 kph (112 mph).

The extended rear, a.k.a. the long tail, adds around 25 cm (almost ten inches) to the car's length and the new aerodynamic modifications basically make the Super Sport a high-speed counterpart to the company's Pur Sport, which is billed as the Chiron model with the best cornering and lateral agility capabilities. 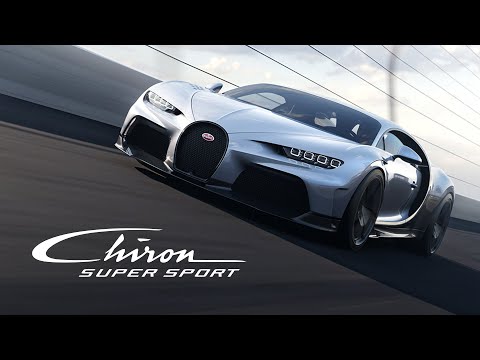