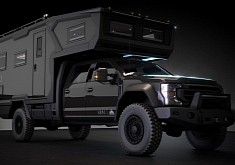 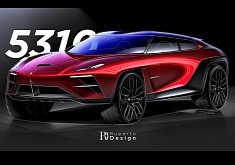 7 May 2020, 08:39 UTC · By: Daniel Patrascu / Volvo to offer LIDAR-based autonomous driving system for use on highways on cars built on the SPA 2 modular architecture from 2022

28 Nov 2018, 15:42 UTC · By: Daniel Patrascu / Volvo partnered with start-up Luminar to bring to the Los Angeles Auto Show a state-of-the-art LIDAR and virtual reality instead of cars

14 Nov 2017, 12:17 UTC · By: Vlad Mitrache / It would seem the best way to describe LIDAR in self-driving cars is "overkill" since a suite of cheap video cameras can do the trick just as fine

4 Oct 2017, 15:25 UTC · By: Vlad Mitrache / It seems Henrik Fisker isn't using any half-measures when it comes to his upcoming electric sedan as he tweets about putting five LIDAR sensors on it

26 Sep 2016, 20:33 UTC · By: Vlad Mitrache / A lot of people think that a LIDAR sensor would have prevented Tesla's fatal accident, and while we'll never know for sure, the evidence tends to support it

Ford And Baidu Invest $150 Million In Velodyne For LIDAR Technology

29 Aug 2016, 18:02 UTC · By: Sebastian Toma / Velodyne, a company that is known for high-end audio systems, is also a supplier of LIDAR technology. Ford and Baidu will invest $150 Million in Velodyne

Ford Teams Up With MIT To Predict Demand For Electric Shuttles

28 Jul 2016, 16:43 UTC · By: Sebastian Toma / Ford and MIT have announced a joint research project that will monitor pedestrian traffic with LIDAR and cameras. It predicts demand for electric shuttles

Tesla Model S with LIDAR Spotted - Is Musk Having a Change of Heart?

7 Jul 2016, 11:10 UTC · By: Vlad Mitrache / After proclaiming the LIDAR sensor as surplus, Elon Musk might be having second thoughts as a Model S with one of these devices on top surfaces on the Web

Ford Tests Autonomous Car in the Dark with No Lights On

22 Mar 2016, 15:18 UTC · By: Vlad Mitrache / Apple's latest patent could be a sign the tech giant is ramping up its efforts to develop an autonomous vehicle, but it's still no solid proof