Earlier today, on the grounds of the 2022 Tokyo Auto Salon, the veils came off the Subaru STI E-RA, a near-future motorsport concept designed with the goal of coming up with “new technologies in the world of motorsports in this carbon-neutral era.” Some of those technologies are not of Subaru make, but Yamaha.
11 photos

The concept shown in Chiba is a monster of a machine, powered by four “high-torque high-revolution” engines with integrated inverter and a gear for hyper Evs. Combined, the four pieces of hardware develop 1,073 horsepower (800 kW), making for one potent beast.

Mounted on each of the wheels of the concept, they use a torque vectoring system that allows them to balance to the grip limit by independently applying the optimum drive torque as the load shifts. To allow them to do this, a series of sensors take into account things like wheel speed, vehicle speed, steering angle, G-force, yaw rate, brake pressure, and wheel load.

Seeing how the motors will likely be used in motorsport, including in the FIA E-GT, Subaru fitted the motors on structures attached to the wheels in such a way as to provide a direct control of the yaw of the car body.

It is these motors that have been developed by Yamaha. The Japanese company calls them “emotional electric engines,” not because they cry or laugh too much, but because, well, marketing.

They “leverage the technologies and engineering sense we have garnered via our engine development to date,” and “thanks to our casting and machining technologies accrued through developing engines, the adoption of high-efficiency segment conductors, and more, these units achieve high output while being compact in size.”

As said, the E-RA is a development bed for future hardware, and to a great extent so are these motors. At the time of writing, there is no info on whether Yamaha will be offering them to others. 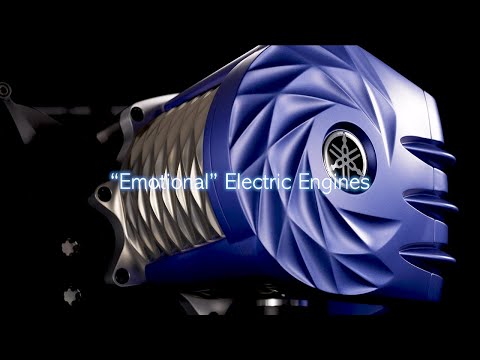