2 Motorcycle Base Jumping Is As Cool As It Gets

3 When Bikes Start Falling from the Sky

5 Watch and Learn: Biker Girl Has Incredible Brush with Death
Car video reviews:
Up Next

Where art thou, fast-paced future?

When it comes to motorcycles, the French are truly one-of-a kind guys. France has also delivered stunning, intriguing bikes which stood and still stand from the crowd, and Voxan, the shape-shifting Geco or the breathtaking all-new, smoking hot Midual Type 1 we showcased yesterday. But building amazing bikes is not the only particularity of the French, and we’re glad we can introduce you to the wacky X-Roadster competition.
1 photo
The idea belongs to a group of riding veterans, and Alain Brochery managed to have things rallied up into a coherent concept which brings both biking, racing and partying together. A fellow whose name is tightly linked to an immense number of movie and show bike stunts, Brochery is well-acquainted to such events, having had illustrious names such as Lawson, Rainey, Mamola, Gardner, Malherbe, Jobé, Goeboers, Peterhansel, Chambon and many more gathered under his “command”.

The X-Roadster however, was created as a “by-the-audience, for-the-audience” type of racing event, with the public also having a big role in establishing the details of the whole affair. That is, public consultation with the riders decides the poster, admission, special events, entertainment, music and many more! The X-Roadster has become the Grand National Festival of Motorcycles, held in the weekend closes to the 14th of July, the National Day in France and this year’s edition saw 50 riders on the starting grid.

Now, if you watch the videos after the jump you’ll see that the X-Roadster is anything but your traditional road race: we’re talking about a hardcore mixture of asphalt, dirt, sand and water… all to be tackled by roadsters (as the French call them) or plain street bikes. Frederic Desannaux, one of the guys closely involved with the X-Roadster kindly shared with autoevolution that the proportion of street bikes vs sport bikes sold in France is about 11 to 1, so a competition for them was only natural.

The combination of riding surfaces symbolizes the all-rounder nature of motorcycling, while at the same time is a very tough test for the competitor’s skills. While traditional races sometimes focus too much on bike performance and single-sided riding skills, having transitions between riding surfaces which are so different truly shows what really complex riders are made of.

Besides the classic categories, the X-Roadster also comprises racing for disabled riders and ladies, both amateur and pro. Money and gear prizes are awarded to the winners, while a charitable collection is also helping families in need. Cue fancy makeup, wacky costume parties, music and a brotherly atmosphere. Honestly, this looks like one hell of a pop bike festival you simply can't miss if you're in France in mid-July. 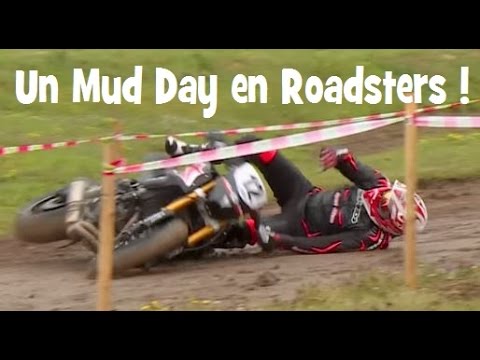