2 Porsche Taycan Spied at the Nurburgring, Sports Suspension Is Evident

Daniel Patrascu
There's not much time left until the Porsche Taycan is fully revealed, so it's only natural the Germans are stepping up the pace of their efforts to make the car known. After all, we're talking about a machine that is supposed to reinvent electric motoring.
7 photos

In their latest publicity stunt, Porsche gave the keys of a prototype Taycan to Youtuber Jonny Smith, and allowed him to have his way with the car.

On the tarmac of an airfield in Lahr, Germany, Smith subjected the car to ordeals it never had to endure before, at least not in front of a camera recording for the public.

Going down the runway in both directions, Smith performed a series of maneuvers, including launch control testing. He took the car from 0 to 124 mph (200 kph) and then back to full stop not once, but 26 times in a row.

That's close to the car's top speed of 155 mph (250 kph), and take into account that the car needs only 3.5 seconds to reach 62 mph. That's possible in part thanks to the two permanently synchronous motors that develop a combined 600 ps.

According to Porsche, the difference between the fastest and the slowest attempts was 0.8 seconds.

The Taycan is expected to be one of the heavyweights of the electric car segment. Porsche said at the end of last month the model has already received 30,000 orders, which is quite the achievement for a car expected to cost at least $160,000.

Part of the car's allure, aside from its power and brand, of course, comes from the use of a battery that can keep the motors fed with electricity for about 500 km (311 miles). That's at the top of the list when it comes to range.

The production version Taycan will be unveiled in September at the Frankfurt Motor Show in Germany. Expect to see them on the road in the early months of 2020. 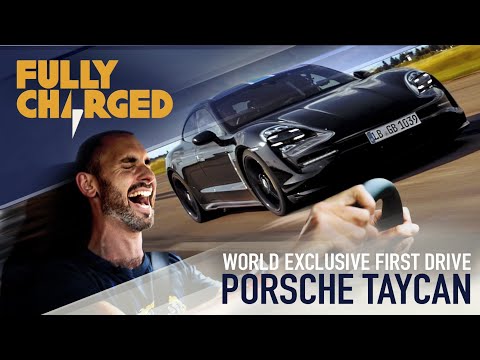