1 Airborne Racing Is Here as Airspeeder Series Coming in 2020, Preview in Goodwood

5 NASA Drones to Fly Over Reno and Corpus Christi Starting March
Car video reviews:
Up Next

Mom Pulled Over for Driving Audi Q5 With Inflatable Pool, Kids on the Roof

Drones have already become an integrant part of our lives, and they're likely to become so even more in the years ahead. That's becaue the technology has begun shifting from being a mere form of entertainment to becoming what it was always meant to be: delivery tool.
5 photos

A number of drone delivery services are now in testing phases around the world. But as most of them focus on delivering goods to customers who ordered them from online stores or apps, Spanish carmaker SEAT is trying a different use for drones: tools to improve the workflow.

This week, at the carmaker’s main facility in Martorell, Spain, a drone delivered car parts from one of the carmaker's logistic partners to the assembly building. It was the first of many flights to come, all in the name of improving efficiency.

The drone service is supposed to link the Grupo SES warehouse to the production line. The 2 km distance between the two buildings (1.2 miles) can be covered by a drone in 15 minutes.

That’s a huge improvement, considering the fact the usual delivery method, by truck, took 90 minutes to get parts from point A to point B, as the haulers needed to wait to be loaded to capacity. Drones allow each car part order to be delivered as soon as it is needed.

“Delivery using drones is going to revolutionise logistics, as for example in the case of SEAT it will reduce delivery time by 80%,” said in a statement SEAT VP of logistics Christian Vollmer.

“With this innovation we are boosting Industry 4.0 and we will become more efficient, agile and competitive, as well as much more sustainable.”

This delivery method is still in testing stages and is being overseen by the Spanish Aviation Safety and Security Agency (AESA). For the foreseeable future, SEAT plans to conduct several delivery flights each day to fine tune the system.

You can see how it all went down in the video below. 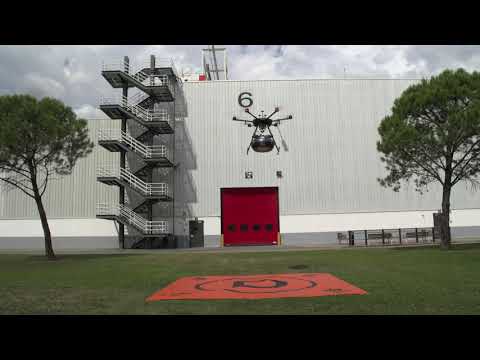