2 "Is Elon Musk Killing People?" - You Won't Like the Short Answer

It's not every day that you get to see a self-driving semi-truck going down the highway, but it’s most likely going to become a regular thing in the near future. The autonomous vehicle craze that began not that many years ago is becoming a reality, and the trucking industry is at the top of the list.

You probably hear quite often about various autonomous vehicles, from robotaxis to buses and trucks, conducting tests in different parts of the world. But there’s usually a safety operator inside. Well, an autonomous driving technology developer, California-based Plus, just completed a driverless Level 4 truck demonstration not on some isolated route, but on the highway.

As you might have thought, this was not an American highway. It was the Wufengshan highway, in that apparently is China’s biggest economic center, Yangtze Delta. Plus obtained a special permit to conduct the driverless demonstration on the newly-built highway, and it claims to be the first company to do so in China.

During the demonstration, the semi-truck successfully completed the drive using exclusively the company’s Level 4 autonomous driving tech, without any safety driver, remote operator or any form of human intervention. This was a confirmation of the technology’s functionality and safety, but it wasn’t the first test. In 2018, Plus demonstrated its first Level 4 autonomous heavy truck operation, at the Chinese Qingdao port.

The Cupertino-based company’s connection to China goes further than this. The PlusDrive technology will be implemented on the J7L3, made by Chinese heavy-duty truck manufacturer, FAW. The two companies developed the FAW J7L3 jointly, to be equipped with the PlusDrive autonomous driving tech.

The Chinese company will start mass production of the J7L3 by the end of this year, and operations of the 100% driverless truck are expected to be launched in 2022. 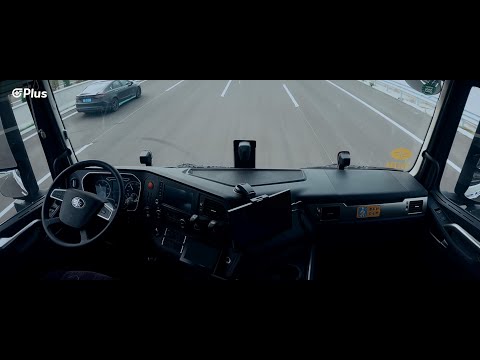