Sebastian Toma
Remember when Hyundai and Aptiv announced they will start working on autonomous cars together? Well, the two companies have created a $4 billion joint venture that resulted in Motional, a company that is currently expanding its presence in California.
78 photos

Motional has announced it wants to more than double its number of employees in the state, and most of them will work in Los Angeles as human operators for self-driving cars that will learn, inch-by-inch, mile-by-mile, how to drive themselves. Until Motional gets the required permits from the California DMV, the self-driving car fleet will have to always have human drivers behind the wheel and ready to step in at a moment's notice.

Motional is already testing vehicles in Las Vegas, Pittsburgh, Boston, and Singapore. Initially, the vehicles will map the roads, and self-driving tests will be conducted once that stage is completed. The first stage will focus on the Santa Monica area, where Motional has set up an office and an operations facility. Furthermore, Motional will hire people for its new research and development office in San Francisco, so those interested in career opportunities in this field should check out the company's website.

Lyft has signed an agreement with Motional to launch a multi-market fully driverless service starting in 2023, so the team should get their new offices ready for work as soon as possible. It is already known that Motional will use Hyundai's new Ioniq 5 as the cornerstone for its future robotic taxi service.

The Ioniq 5 was first shown in February 2021, and it can fully be integrated with Motional's driverless system. The vehicles will be equipped with hardware and software that will enable SAE Level 4 autonomous driving capabilities.

An SAE Level 4 autonomous vehicle can manage all driving operations in certain conditions and environments, but the vehicle will still have a steering wheel and a set of pedals along with conventional vehicle controls. Once the prototypes prove their safety, Motional should be able to get a permit from the California DMV that would enable self-driving car tests with humans on-board just as observers. 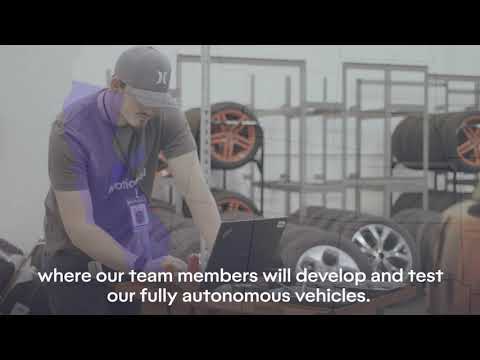 Editor's note: Photo gallery shows Hyundai Ioniq 5, the base of the future self-driving cars employed by Motional. The company might use different prototypes as it develops its self-driving technology.