Sergiu Tudose
It was about time that Toyota started getting with the “program,” looking far beyond hybrid technology or hydrogen fuel cell powertrains. The Japanese brand now wants to expand its electrified portfolio to around 70 models globally by 2025, including 15 all-new fully electric models (7 of which carrying the bZ moniker).
15 photos

One EV that’s coming to a showroom near you in 2022 is previewed by the so-called bZ4X concept, unveiled at Auto Shanghai 2021. It is the first in a series of battery-electric vehicles to be introduced under the "Toyota bZ" umbrella. Think of it like Mercedes’s EQ brand. Oh, if you’re wondering what bZ stands for, it means Beyond Zero.

The bZ4x has been jointly developed with Subaru on a new e-TNGA BEV platform. The crossover is meant to combine Toyota’s quality and reliability with Subaru’s AWD capabilities.

Highlights include the long wheelbase with short overhangs, which gives you a distinctive exterior design with plenty of room inside. Speaking of the interior, it features dual displays—the digital gauge cluster is positioned above the steering wheel (not unlike Peugeot’s i-Cockpit design), while the infotainment screen features a widescreen layout.

Toyota will build the production version of the bZ4X concept in Japan and China and will commence worldwide sales before the middle of 2022. Yes, the EV crossover will also be available in the U.S.

“The Toyota bZ4x concept points to yet another option in our already robust electrified portfolio,” said Bob Carter, TMNA executive VP of sales. “At Toyota, we are a human-centered company – the customer is our CEO and will ultimately decide which technologies will carry us toward a carbon neutral future. With investments and product offerings across the spectrum of electrification, we intend to be there with products and technologies that meet the diverse needs of customers around the world.”

Another interesting piece of information coming from Toyota is that its pickup truck lineup is also getting electrified in the near future, meaning both hybrid and battery electric powertrains. Toyota’s ultimate goal is to achieve carbon neutrality by 2050. 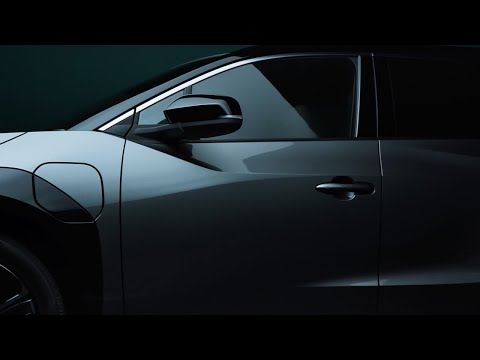 Editor's note: For all the new models launched at the Chinese show this year, check out our extended coverage of Auto Shanghai 2021.