Aside from bringing about the zero-emissions revolution, many automakers are also deeply concerned with the increasing number of injuries and fatalities stemming from traffic accidents. Most of them view the ever-expanding number of driving assistance technologies as a way of making the world a safer place. But a select few aren’t exactly ready to yield complete control just yet.
40 photos

Tesla and other Big Tech companies such as Google would very much like to see Artificial Intelligence and the latest technologies have complete control over our cars, taking the flawed human element out of the driving equation. On the other hand, legacy carmakers know very well the transition up to that point is a long one, and prefer to work with both the people and computers at the same time.

One prime example of that approach comes from Toyota, which continues to develop and improve its own Mobility Teammate Concept, “an automated driving concept unique to Toyota that seeks to enhance communication between drivers and cars, enable them to reach out to each other for mutual assist, and enable coordinated driving similar to that by close friends.”

Basically, the car’s systems don’t take the driver’s place completely, and instead, people and cars “act as partners.” Sometimes they do reach the point of automated driving, but otherwise, “the driver and car confirm each other's status by engaging in a dialogue.”

Case in point, for their market introduction at home in Japan, the Toyota Mirai and Lexus LS (hitting the dealerships on April 12th and 8th, respectively) will have trims that include a new feature called “Advanced Drive.” Just like other advanced tech, it comes with deep learning AI, a driver monitor camera, accident prevention, and remote software updates.

And, depending on the situation, it can “appropriately detect the situation, make decisions, and assist driving under the driver's supervision according to actual traffic conditions. It can keep the vehicle in its lane, maintain the distance from other vehicles, navigate a lane split, change lanes, and overtake other vehicles until leaving the roadway for the destination.” 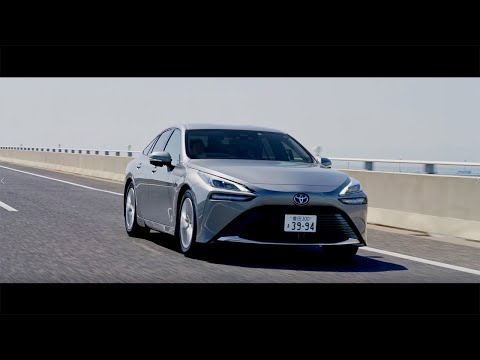