1 What Do Dynamite, X-Rays, Alfred Einstein, and an Oil Tanker Have in Common? A Nobel

Over 530 yards long, 80 yards wide, more than 300 feet tall, and 660,000 tones heavy. The largest floating structure the world has ever put out to see is the Prelude offshore natural gas facility. Completed in under five years, the colossal ship-looking titan is made to work a quarter of a century in rough South Pacific waters.

A project of oil and gas giant Shell, the Prelude is simultaneously a stellar engineering achievement and a financial black hole. The monumental Floating Liquified Natural Gas (FLNG) unit is a shipbuilding wonder. Imagine using enough steel to build the Eiffel Tower in Paris 35 times over.

260,000 tons of steel were welded together to form the hull of this Hulk. Put it like this: you could snuggly accommodate four football fields across the length of this vessel and still have room for a complete turn with the world's most giant dump truck.

It took 600 engineers over 1.6 million man-hours to design this behemoth. Over 6,000 people worked around the clock in ten countries to make this floating facility a reality. It is so big that there was no single shipyard facility big enough to assemble the hull.

The Samsung building site in Korea retorted to a clever solution of building the front (or bow) and aft (back) sections in two separate docks (one floating dry-dock and another classic lock-type dry-dock. see the operation in the first video below)

So far, so good: putting together two pieces of the hull – each just as big as an entire container ship – is no small business. The halves had to be perfectly built to match perfectly. And so, they did. When the gigantic pieces of the hull were laid together side by side for welding, the distance between them was 3/8 of an inch (10 millimeters). Impressive, considering that the gap ran consistently along the 150 feet high walls of steel.

For a project of this magnitude, astronomical precision is paramount, given that the megalithic floating facility batters category five cyclones some 125 miles away from the nearest coast of Australia. If all goes according to plans, the Prelude will move again in some 20 years to undergo an end-of-operation-cycle overhaul.

To pull this off, engineers found a clever solution based on a straightforward principle that has been around in the maritime industry since mankind first set sail. To put it crudely simplistic, the Prelude would be anchored to the seabed 750 feet below (248 meters).

But holding in place this mountain of steel is not exactly easy. Especially when the enormous mass of metal is floating in waves as high as 65 feet (20 meters) and has an LNG carrier vessel berthed alongside. The solution is just as astounding as it is massive: the entire 1,600-foot (488 meters) long hull is made to weather-vane around a 300-foot (93 meters) tall turret mounted at the bow (that's the front of the vessel.) See the second video for further details.

The turret, in turn, is firmly secured to the sea bed with 16 mooring lines (consisting of over 25,000 chain links – each over three feet long, or one meter – and robust steel cables). The mooring lines are attached to suction piles that literally sank 25 feet (eight meters) into the sea floor.

Having secured the monster turret, the "ship" is now free to rotate around it at the mercy of the elements. Well, more or less, because it is also fitted with three thrusters, 6,700 HP each, to help keep her steady on the water.

So, it is a ship since it can perform (a limited range of) motion on the waves. But it is not a ship in the classic definition since it was designed (and operates) at anchor rather than navigating from port to port.

Since it sucks natural gas from under the seabed and liquefies it, the floating facility needs storage tanks and pipes. 300,000 cubic yards (228,000 cubic meters) of storage, divided between six tanks, holds the natural gas.

From there, it is then sent through some 280 miles of piping (450 km) inside the belly of the leviathan. Half a million parts had to be hand assembled to create the vast and intricate piping system. Some 60,000 pairs of flanges were needed to connect the pipes running along the decks of the Prelude.

The gas is chilled to -260F (-160C) to turn into liquid. To produce the energy for the deep freeze, seven steam generators work non-stop. More than 13 million gallons (50 million liters) of cold seawater are pumped onboard the vessel every hour from a depth of 500 feet (150 meters) to cool down the gas. It makes it easier for the gas to be chilled to liquid since it takes much less energy.

During the liquefying process, natural gas shrinks 600 times in volume. When the gigantic tanks are filled, the liquid fuel is off-loaded to LNG carriers that take it shoreside for further processing. Surprisingly, despite its larger-than-life dimensions, the facility is a quarter the size of its regular land-based counterpart.

And it is designed to run on minimal manpower, with some 150 crew onboard for everyday operations. The Prelude's yearly designed production capacity is a hefty 5.3 million tons of fuel (3.6 million tons of it is LNG alone). More than enough to cover the energy needs of a large city for a whole year (think Hong Kong size when we say "large city.”) Check the photo gallery to get a bird's eye view of the immensity that is the Prelude.

Shell never fully disclosed the price tag for its massive project, but estimates put it between $10 billion and $13 billion. Quite a margin, I admit, but then again, assessing the gargantuan boat's total costs is no easy job.

Unfortunately for the hyper-machine, its fate is rather gloomy at the moment. After it reached maximum production in 2018, the facility went through several incidents that slowed operations for a significant time.

To make matters worse for this wonder-turned-disappointment, workers' union actions now moor over the fate of the Prelude. Not happy with some of Shell's decisions, the crew ceased all operations in early July of this year and is now taking the battle shoreside. With rough estimates of one billion dollars in losses, the magnificence of the Prelude is dwarfed by the sheer budgetary cataclysm it is caught in. 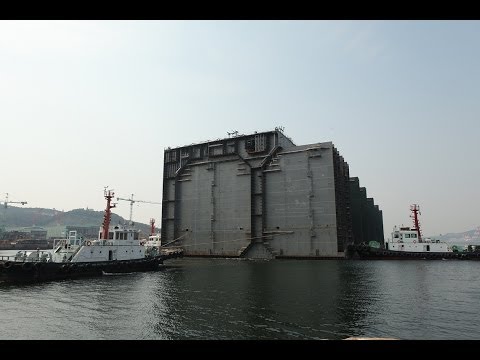 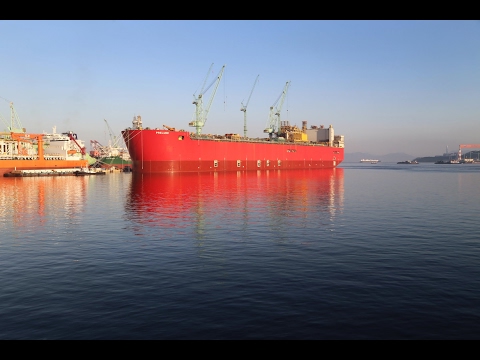