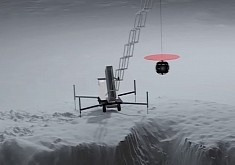 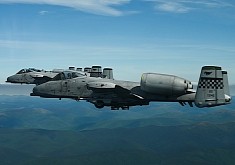 31 Aug 2022, 03:28 UTC / UK's biggest and newest aircraft carrier broke down soon after departing its naval base, when it was headed to the U.S. for intensive trials with fighter jets

17 Aug 2022, 03:07 UTC / India reached a milestone for its military and naval development, with the commissioning of its first indigenous aircraft carrier

17 May 2022, 08:35 UTC / F/A-18E Super Hornet deployed with the Strike Fighter Squadron (VFA) 151 in the Philippine Sea is seen here getting ready to make an arrested landing

26 Jan 2022, 10:52 UTC / USS Carl Vinson had just started operations in the South China Sea when “a landing mishap” occurred. Seven people were injured and the aircraft has been lost

Nuclear Carrier Deploys Under the Command of a Woman, for the First Time in U.S. History

6 Jan 2022, 07:00 UTC / The USS Abraham Lincoln nuclear carrier departed on a historic mission under the command of a woman captain, with the first Marine Corps F-35 squadron on board

6 Oct 2021, 20:55 UTC / A recent deal between the U.S. Navy and ISL/EMR Brownsville dismantling firm has resulted in two decommissioned aircraft carriers being sold for two cents

30 Sep 2021, 08:30 UTC / Nimitz-Class aircraft carrier USS Carl Vinson refueled nine ships since the beginning of the year, feeding them a total of 1 million gallons of fuel

25 Aug 2021, 09:54 UTC / An F-35B Lighting II deployed with a unit of the Marine Corps performs the first ever cross-deck operation from a foreign, British carrier

26 Jul 2021, 07:13 UTC / An incredible superyacht concept, with a golf course that can switch to a landing strip for a helicopter and air taxis, is based on an retired aircraft carrier.

10 Jun 2021, 13:45 UTC / After the Army Air Corps Apache helicopters, it was F-35 Lightening aircraft's turn to meet HMS Prince of Wales for the first time, in historic trials