5 Automatic Emergency Braking Is Becoming Standard in the U.S., Tesla in the Lead
Car video reviews:
Up Next

For years, Tesla has advertised its cars through word of mouth as being extremely safe, mostly thanks to the deployment of Autopilot. The system is there to make sure Teslas don’t crash as often as the others do, but it seems that whes it does happen, most people can still walk away unharmed.
9 photos

Back in July, Europe’s top automotive safety watchdog, the Euro NCAP, crashed and banged the Model 3 to no avail. Achieving a score of 96 percent for adult occupant protection and 94 percent for assist systems, the Model 3 proudly took its place as one of the safest cars tested this year by the organization.

Now, as 2019 draws to a close, the bigger Model X even outmatched the performance of the Model 3, despite receiving the same number of stars, five, the maximum the organization is capable of giving.

Tested as part of a batch that comprised 11 other vehicles, including the Porsche Taycan, the Model X was noted with even better adult occupant protection (98 percent), and the same level of safety assist score (94 percent).

These numbers, says the Euro NCAP, make the Model X a “strong contender for Best in Class this year.”

“Well done to Tesla and the other 5 stars performers for not only bringing best in class performance in testing but also making safety systems accessible and standard across the European market,” said in a statement Michiel van Ratingen, Euro NCAP’s Secretary General.

There were under-performers in this batch as well, like the Jeep Renegade, which only managed to get three stars from the Euro NCAP.

All the cars have been tested under the new protocol set in place last year. For Tesla, the rating on the two cars is even a bigger win considering the Euro NCAP slammed the company in 2018 for the way it makes the Autopilot look like something it is not. 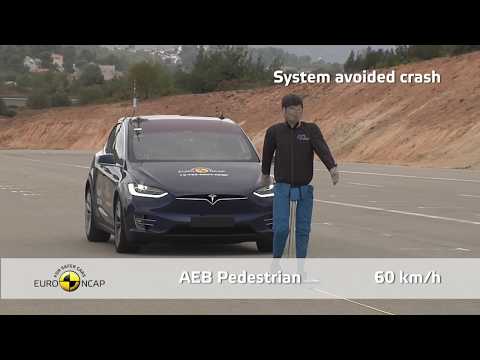