1 EU, GM to Talk on Opel Future in Brussels 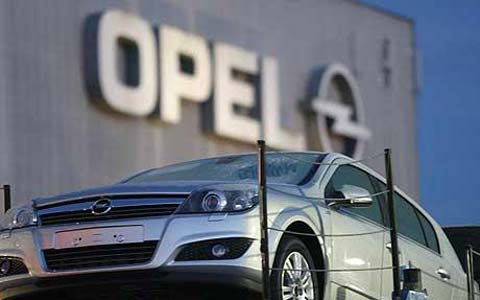 General Motors will present its restructuring plan for Opel in December, Nick Reilly, interim boss for GM Europe, said in a statement revealing that the reorganization will be similar to the one proposed by Magna. The US-based manufacturer intends to cut around 10,000 jobs across Europe and reduce production by 20 to 25 percent.

"Our plan is very similar to Magna's. I don't think it's worse," Reilly was quoted as saying by Reuters.

General Motors announced earlier this month that it will retain Opel and cancel the sale to Magna International. It will attempt to restructure the brand using its own money but it also expects governments that are hosting Opel factories to contribute with financial support.

Many people were wondering whether the US was involved in the Opel decision, mostly due to the share the government holds in General Motors. But Ron Bloom, the US official who leads the US task force that helped both General Motors and Chrysler to step out of bankruptcy, said the US administration was surprised by the decision to cancel the sale. This only emphasized the fact that GM's board is still acting independently, Bloom said.

"We were completely surprised. Our anticipation was that it was going to be approved," Bloom said in an interview with Reuters. "But the board of directors is an independent board of men and women who take their own decision. They made their own decision and we're not going to try to get them to change it. I guess we could have said something. We absolutely did not."