3 Celebrities Choose the World's Greatest Sports Coupes Ever Made

4 Superstars Choose the Greatest Coupes Ever Made

5 Fiat 500 Crossover Looks Nice, Will Never Happen
Up Next

Home > News > U-turn
Ionut Ungureanu
It’s named Adam Rocks, so we can’t really say we’re surprised that Opel keeps playing the hipster card in their advertorials. And that’s pretty much what seems to be going on with the making of video for the company’s newest GQ shooting for the German issue of the magazine, which they just uploaded to Youtube.
1 photo
Last time we’ve seen Opel new mini-crossover being spoiled in a video advertorial, it was in Vauxhall’s commercial. Envisioned by British film director James Brown, the clip brings out the rock and roll nostalgia in viewers. Starring gorgeous blond model Abbey Clancy, the film was supposed to envision the raw essence of rock and roll, which the company calls the free spirit character that uses fashion as a form of expression.

Now, getting back to the footage in question, it seems we’re witnessing something similar, only this time it’s a tattooed male model envisioned as the cool, yet bad boy... hipster. We still don’t really understand how that works with a small-size car, but we do at least enjoy the song playing in the background.

As to the car they are trying to sell us in a cool way, there are a couple of things worth mentioning. The new Adam Rocks combines open-air driving enjoyment with the fun of an adventurous mini-crossover. It comes with a specific electrical Swing Top fabric folding roof, a muscular body design and increased suspension. The infotainment system offers advanced networking capabilities and a ride with this bad boy will be as fun in the city as it is beyond its limits. Or at least that is what its creators claim. 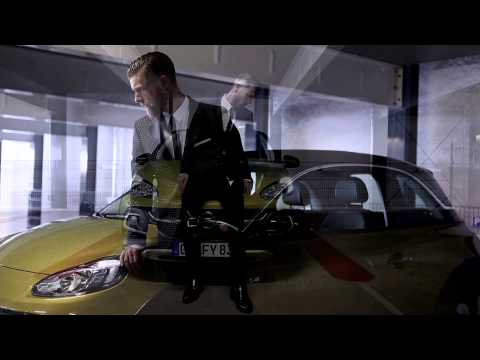