1 Nikola NZT Electric Buggy Shows Up in Public, on the Muddy Tracks from 2021

Electric semi trucks are on their way and the first one won’t bear a Tesla badge. It’s the Nikola Tre, an Iveco-based model that was just revealed with promising specs and quite a futuristic look.

The Tre is essentially an Iveco S-Way that’s been converted to run on electricity and also received a styling upgrade that makes it look quite different. And the same goes for its interior which is based around the same architecture as the Iveco, but has unique touches that set it apart.

Its exterior receives a makeover that includes a new grille with light-up details and a big N badge, the side mirrors are replaced with cameras and the rear wheels are covered for improved aero efficiency. Inside, it comes with a massive infotainment screen that runs Nikola’s own infotainment operating system, as well as a fully-digital gauge cluster.

Peak power for the Nikola Tre is rated at 644 horsepower, with a maximum torque figure of 1,800 Nm (1,328 pound-feet), at least that’s how much the model the company showed off at the unveiling has. On its official site, the manufacturer mentions that it can have over 1,000 horsepower and 2,700 Nm (1,991 pound-feet) of torque, but no mention of higher-powered versions was made at its unveiling.

The vehicle they showed off, the two-axle tractor, has a claimed range of 400 km (250 miles), so it isn’t ideal for long-haul duty, but it’s fine for short- and medium-haul jobs in a regional setting.

The Nikola Tre is Europe’s first production electric truck and it will be unveiled in full production spec next year, at the 2020 IAA commercial vehicle show in Germany. Customers will receive their first trucks sometime in 2021. 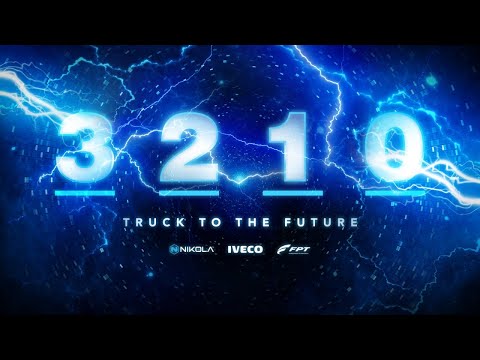