1 Watch Out, There's a New Tesla in Town and It'll Sell This Electric Semi

3 Why Elon Musk Is Wrong and Nikola Tesla Was Right: Diesel/Petrol Engines Haven’t Peaked Yet

Nikola Tesla is a man that invented many things, but he is most known for the alternating current electricity supply system. Thanks to him, we all have AC power that operates safely within our homes and offices.
7 photos

However, Tesla invented many other things, including a revolutionary engine that never caught on.

We had originally published an article about a design concept that used a “Tesla Turbine” for power. We did not go into further detail of the propulsion solution at the time, but we saw the potential for a dedicated story about Nikola Tesla’s fantastic creation that is not implemented on a broad scale in any branch of industry.

To set things straight from the beginning, Nikola Tesla did not invent the blade-less turbine, which existed in patent form since 1832 in Europe. However, the Tesla Turbine named after the famous Serbian-American inventor managed to bring reason to what was just a concept, and then built multiple working prototypes.

The result was a blade-less turbine that operated at high speeds, was reversible, and could function in many ways. It could have been operated as a pump, compressor, a turbine, and even as an internal combustion engine. Its level of efficiency exceeds the theoretical limit of piston engines, but it is nowhere near as widespread as them.

Tesla’s Turbine also comes with a sad story: he created a working prototype that achieved 9,000 rpm and generated 200 horsepower, which was tested at the New York Edison Company.

Unfortunately, some of the engineers present at the trial claimed it was a failure after not understanding the invention, and major electric companies of the time had already invested heavily in bladed turbines. 1) What is the Tesla Turbine and why is it special?
As its description explains, the Tesla Turbine is a blade-less solution. Instead of a conventional pump or turbine, which has blades, the solution from Tesla lacks these elements. It uses flat discs instead. Think of them like DVDs or CDs instead of fan blades. Since those discs are flat, the turbine does not operate as a conventional pump, and it needs multiple drives to function.

The cool part about this invention is that the number of discs is not fixed, and that they can be added or subtracted depending on the application.

Evidently, multiple discs are required. The unique part of the invention is that it is a reversible turbine, which operates at the same level of efficiency if it spins clockwise or counter-clockwise.

The discs found inside the Tesla Turbine are fed through nozzles, and it can run with air, steam or most fluids. The only rules involve using several discs of “suitable diameter,” and having openings on each disc near the shaft that holds them. The discs are separated using washers, and they are fixed to a shaft that rotates. 2) How does it work?
The idea behind the Tesla Turbine is that the discs inside it will spin if they are fed pressurized liquid or gas (both act like fluids). It operates using two properties of fluid dynamics: adhesion and viscosity. The latter is a substance’s resistance to flow, while the former refers to dissimilar molecules’ tendency to cling together due to attractive forces. Fluid interaction with a solid surface comes under the operation of the boundary layer effect. In layman’s terms, fluid will run across the surface of the discs while accelerating towards a suitable exit. The described interaction makes the discs turn, and this rotates the shaft that holds the discs.

Once the discs are separated properly on the shaft, and the fluid has a place to enter and leave the system, the Tesla turbine is ready for action. A rule of thumb is that more discs will provide more power, but they will also require a bigger flow of fluid to spin.

In turn, making the discs bigger will reduce the rpm of the Tesla Turbine, but it could increase efficiency. The main idea is that the Tesla Turbine needs more experiments to attain an ultimate formula. The good news is that it can be adapted to various applications.3) What are its possible applications in modern industry
As Nikola Tesla once explained, his blade-less turbine design can be used for pumps, compressors, wind turbines, and even as combustion engines.

Any application that can send pressurized fluid through tubes and into this system can employ a Tesla Turbine to generate electric energy. It can work the other way round, if it gets powered it can act as a more efficient pump.

Unlike conventional pumps, the Tesla Turbine can operate with abrasive fluids, as well as with those that contain solids, or are viscous or shear-sensitive.

In other words, it can work in conditions that make other pumps impossible to use reliably, or complicated to employ efficiently.

Current applications include the medical field, where the concept behind the Tesla Turbine was successfully tested for centrifugal blood pumps, but Nikola Tesla imagined it for geothermal power. The latter employs conventional turbines, but an effective adaptation of the Tesla solution could bring enhanced efficiency with less maintenance.4) Initial setbacks that could be solved today
Nikola Tesla was granted the patent for this invention in 1913. It was ahead of its time by a dramatic margin, which made implementation difficult in the early 20th century.

The limitations of technology that have made this system less efficient than existing turbines were caused by the craftsmanship of metal objects, particularly the discs that were required for Tesla’s invention.

The purity of metal was a problem, and so was balancing the thin discs. Because of the described problem, they were prone to stretching because they operated at extremely high rpm. Once they were damaged, the discs had to be changed, which made the system potentially unreliable in the long run.

There was nothing wrong with the design, and Tesla’s invention was not the only one that could not be employed because the rest of the industry was not on par with the requirements of its designer.

Currently, material technology has reached a level where the Tesla Turbine could be manufactured using carbon fiber discs, or various other materials instead of metal. 5) What stopped it from going big
Nikola Tesla was Thomas Edison’s arch rival. Both of them worked with electricity, but their inventions went further than that field. Inspired by the success of small scale testing, Tesla built a turbine that was meant to be tested in the main powerhouse of the New York Edison Company.

Evidently, testing a new invention in your rival’s facility is unheard of in this century, but it was not a good idea in 1911. The successful test showed two turbines that generated 200 HP and achieved 9,000 rpm after placing the two units in a line.

Unfortunately, the test was watched by engineers that were described as being loyal to Edison, who were not impressed with the entire system. Major electric companies had already invested in conventional turbines, and the poor reviews of Tesla’s invention made it difficult to sell to new investors.

Nikola Tesla made a final attempt to sell his invention after commissioning three turbines from the Allis-Chalmers Manufacturing Company. The engineers of the said company were concerned about the mechanical efficiency of those turbines and their reliability.

After the death of the Serbian inventor, researchers claimed that they had not managed to replicate the majestic results reported by Mr. Tesla. However, engineers still experiment with an invention that is over a century old.

A company called Phoenix Navigation and Guidance from Munising, Michigan, is among the pioneers of the field. Will we see this technology in cars? If you ask us, the technology is too expensive to implement by any automaker, even though it has the theoretical advantage of efficiency over conventional engines. 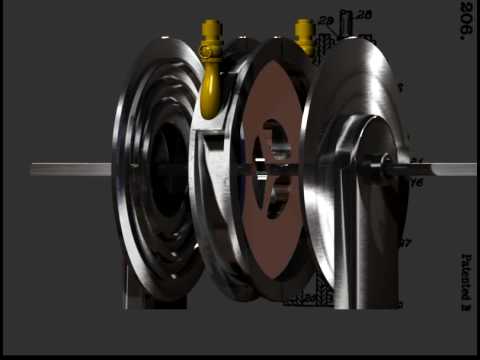 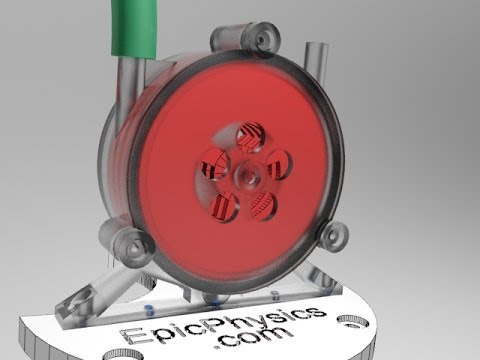