1 The Story of the Hudson Hornet, the Forgotten Six-Cylinder Muscle Car

4 Here Is a First Look at NASCAR 21: Ignition, Coming to PC/Consoles in October

Home > News > Videogames
Cosmin Vasile
The sudden reveal of NASCAR 21: Ignition took fans of the series by surprise, especially that the original announcement didn’t contain too many details about the game, just many promises. Two weeks after the game’s big reveal, the folks at Motorsport Game are finally back with their first “developer diary,” a nearly 3-minute video that provides a deeper look at what’s to come.
6 photos

First off, if you didn’t know, NASCAR 21: Ignition strives to offer players a realistic simulation experience, which means that Motorsport Games will have to work closely with NASCAR to digitize the company’s cars into the game.

And the first confirmation comes in this dev diary video where Motorsport Games says that they are using data provided by NASCAR to fine-tune many of the cars’ aspects like the handle, AI, as well as the effect of running different aero and engine packages, or how it feels when you’re racing in a tight pack.

The game will let you equip different packages for races and the video shows off two of the spoilers for two packages that are suitable for intermediate tracks or short tracks and road courses.

Although developers are going for a realistic simulation experience rather than an arcade formula, there will be a “rookie” difficulty available in the game that will allow newcomers to the series to race using just one button.

The new Novice Mode will work just like the driving NASCAR Heat, which is a mix of arcade and simulation. The bottom line is if you want to play NASCAR 21: Ignition, you’ll be able to do so and have fun while doing it regardless of how good you are at racing games.

The video also reveals that the next “dev diary” episode will provide more details about how the NASCAR tracks will be faithfully recreated in the game.

NASCAR 21: Ignition is on track for an October 28 release for PC, PlayStation 4, and Xbox One. Upgraded versions for PlayStation 5 and Xbox Series X/S will be launched later on. 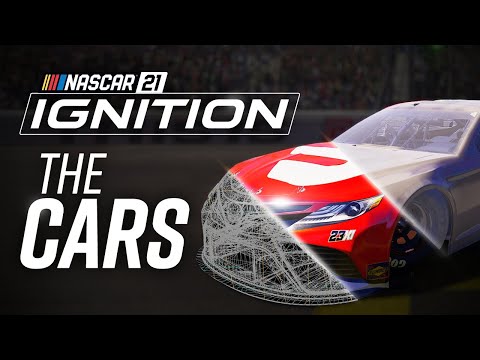