Some of you may remember the fact that we reported about the inclusion of a Mercedes-Benz A-Class (W176) in the 2014 season of the British Touring Car Championship (BTCC) as early as September of last year.
1 photo
Back then, things weren't exactly put together and the car existed mostly on paper, with the Ciceley Racing team's new major sponsor not having been yet announced.

In the last few months, the engineers from the Preston-based team have been hard at work finishing the car, while Wix Filters has joined in on the project as a major partner and sponsor.

“I am extremely pleased with the look of the show car and the overall partnerships we are enjoying this year with WIX and all the supporting partnerships. I am looking forward to having the race car design implemented ready for the first round at the end of March.

The commercial value of a title sponsor can never be underestimated. The WIX Racing team has already demonstrated what it is able to achieve in the BTCC, with regards to working with the driver and the team to raise both profiles. They are passionate about interacting with all of the team and especially the fans with giveaways and competitions, so there’s a lot to come on race weekends.

Their technical expertise is just as important to the team as their financial assistance and this has clearly been reflected in the design of the car.” said Russell Morgan, team manager for Ciceley Motorsport.

The A-Class represents the first time that a three-pointed star vehicle has raced in the British Touring Car Championship since the late 1980s, so hopefully it will represent a lucky return.

The car is not yet ready, with the team expecting to complete their work on the NGTC Mercedes-Benz any time now, as their testing program should be starting sometime next week. Meanwhile, you can have a look at the car being wrapped in its official racing livery in the following video. 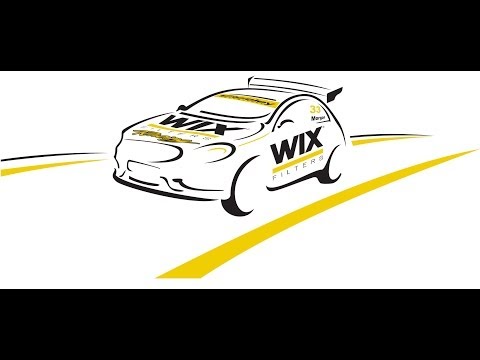