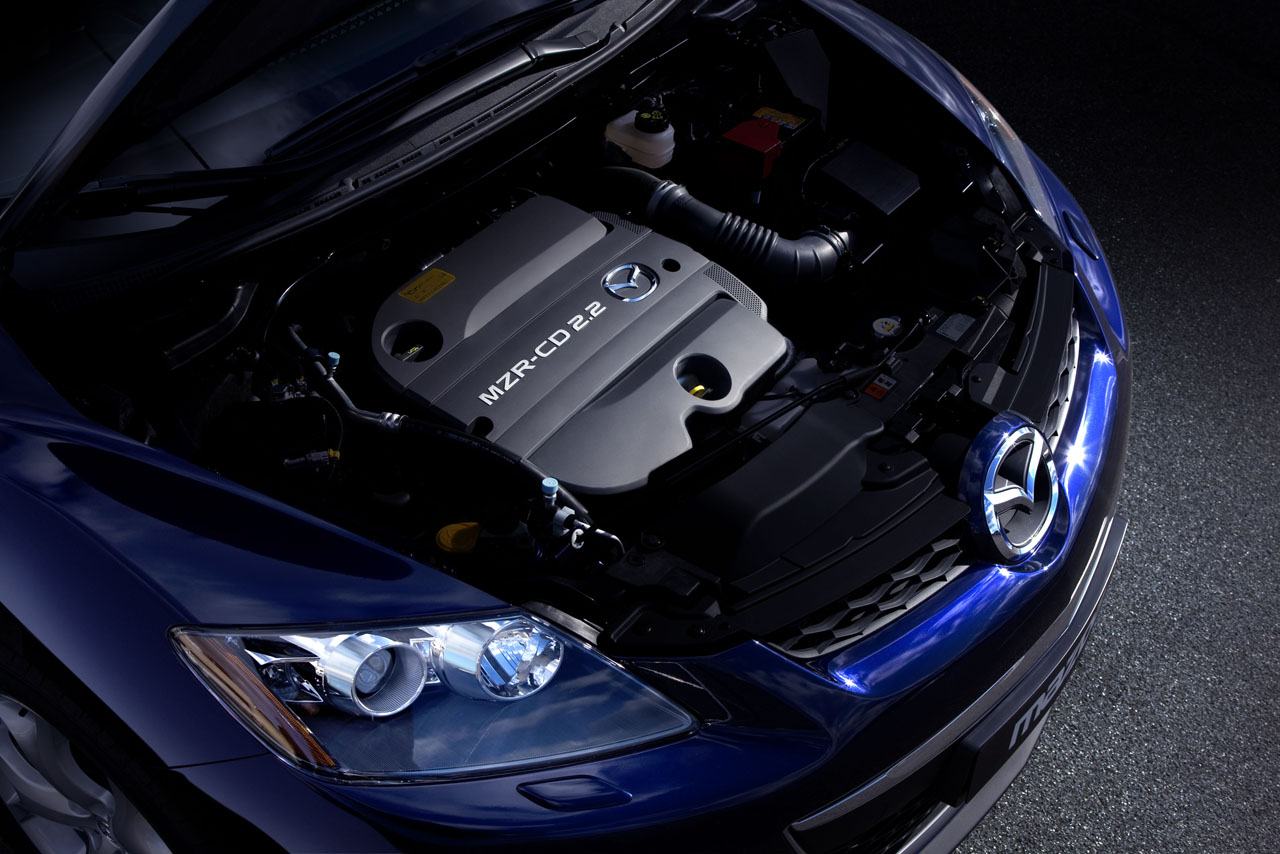 Mazda is getting ready for another world premiere at the upcoming Frankfurt Auto Show, to open its doors next month. This time, the automaker will debut the first Japanese passenger car equipped with a diesel engine which is mated to a Selective Catalytic Reduction (SCR) system. Although it will be fitted on a Japanese model, Europeans will be the only ones to benefit from the new upgrade as it will be offered on the new diesel facelift version of the CX-7 that will go on sale in October this year.

The car will be powered by a 2.2-liter turbo diesel engine, with the SCR system added to handle emissions and fuel consumption. The engine complies with Euro V regulations, Mazda said in a release.

But how exactly does the SCR system work? Here's the official explanation of Mazda:

"The SCR system purifies vehicle exhaust gases by spraying AdBlue aqueous urea from a storage tank – fitted under the luggage area – directly into the exhaust flow in front of the catalytic converter. This causes a natural chemical reaction in which the AdBlue converts approximately 40 percent of the NOx into harmless nitrogen."

As we said, this isn't the first goody to be displayed at Frankfurt at Mazda's booth. The company will also present several models, each of them particularly optimized for the best fuel efficiency and reduced emissions. Mazda will also demonstrate the fuel-saving i-stop system and the rotary hydrogen powertrain technology.