2 KW Dodge Challenger SRT8
Up Next 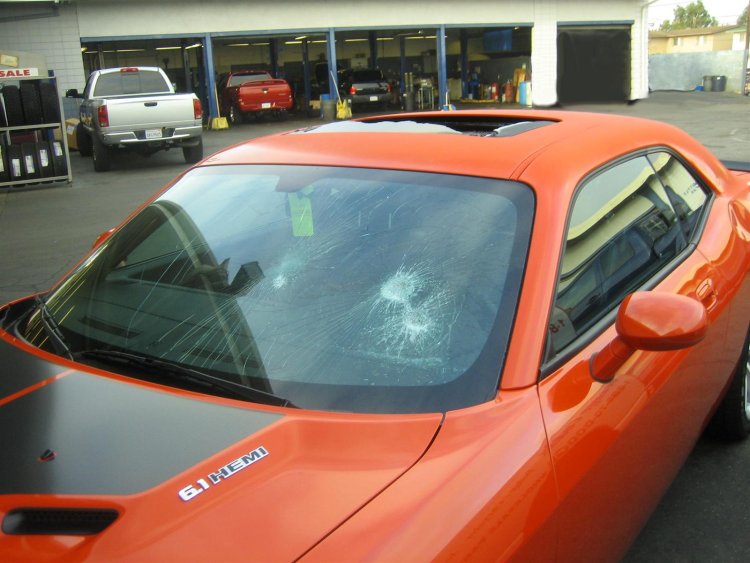 The following story should teach any husband that informing the wife their marriage is over without hiding the car first, could cost him dearly. A guy who drove his Dodge Challenger SRT8 to tell his wife he wants to divorce her had no idea how it will affect him and his car.

The wife just went crazy after finding out that her husband is not only wishing to separate, but also has a new SRT8 and a new Asian girlfriend to go with it, so she immediately took a carpenter’s hammer and began ‘tuning’ the car.

The result of attack? According to the repair guy who send the images to Jalopnik, the Challenger’s windscreens, windows, sunroof and most of the bodywork were destroyed by the mad woman. If the cheating husband deserved it or not, we cannot give an answer, but it sure hurts to see an SRT8 ending up like that.

The MSRP for this muscle car is of $39,995, so we don’t even want to think how much the repair bill will cost the unfortunate husband. The repair guy did not mention if the owner had insurance or not, but it still one nasty way to get spanked by your future ex-wife.

The SRT8 remains the top of the Challenger lineup, with its 6.1 liter (370 cubic inch), 425 horsepower, 420 lb-ft HEMI V8. This car can do 0-6 mph in under five seconds or 0-100 mph in under 17 seconds. The change in the 2009 model comes with the six-speed manual transmission offered by American manufacturer.