3 Mondraker Grommy, the Electric Balance Bike to Make You the Raddest Parent

4 The Commooter by Ezekiel Ring Reinvents the Scooter, Makes It Unbelievably Cool

Honda MotoCompo Could Be Making an Electric Comeback as Motocompacto

Patent filings aren’t always a solid indication of things to come but, at the very least, they show intent and progress. That said, Honda has been spending some time recently thinking about an iconic two-wheeler from its storied past: the MotoCompo.
1 photo
Between 1981 and 1983, with the Japan-market Honda City, Honda offered a very cool last-mile solution. Pop open the trunk of the car and, inside, you’d find another Honda vehicle neatly packed inside. It was a very compact and cute, but very competent 50cc scooter named MotoCompo.

The MotoCompo was boxy when packed in, with folded handlebars accessible by removing the plastic cover. It had small wheels and a dorky feel to it, but was good enough to carry Honda car owners to their workplace, from wherever they may have parked the car.

Some 54-55,000 units of the MotoCompo were sold before it was discontinued in 1983 and, before long, the boxy little two-wheeler achieved somewhat of a cult status.

Honda has been paying attention and is – maybe, probably – considering bringing the MotoCompo back to life, with an electric spin because that’s the trend these days. To that end, last month, it filed a trademark with the U.S. Patent and Trademark Office for something called Motocompacto that, according to Motorcycle.com sounds very much like an upgraded MotoCompo.

Motocompacto’s intended use would be for “land vehicles, namely, electric scooters,” the filing says. There is no other immediately apparent connection between this electric scooter and the MotoCompo, except for the fact that this wouldn’t be the first time Honda tried bringing it back in some form or another.

Back in 2011, at the Tokyo Motor Show, Honda unveiled a Motor Compo concept that bore a clear resemblance to the ‘80s ancestor in the boxy, dorky body, and came with a swappable battery pack. Assuming these three, the MotoCompo, the Motor Compo concept and the maybe-planned Motocompacto are related, it looks like Honda aims to tackle the issue of last-mile transportation soon. 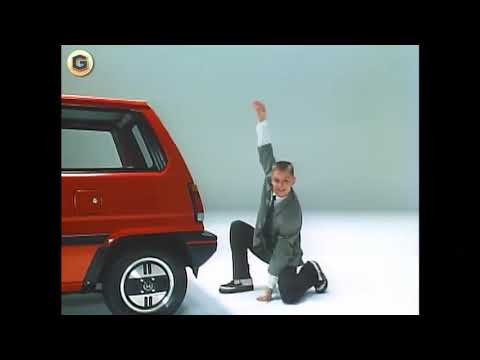 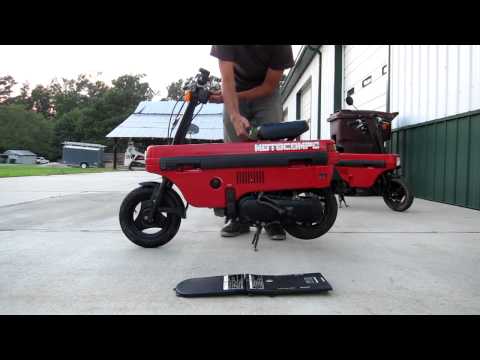