4 GTA 6 Mention Shows Up Out of Nowhere, Takes Everyone by Surprise

2022 Mercedes-Benz A-Class Spied, Time for the Hatch To Go Under the Knife

The first time I ever played a game in the Grand Theft Auto Franchise was back in 1999. But I wasn't so hooked on GTA 2, as at the time Warcraft II felt more appealing. But when I got my hands on the third installment of the series, I couldn't let it out of my sight for months in a row.
19 photos

And it seems like the Grand Theft Auto universe keeps on expanding. I never got to play GTA IV, but I did put in a few hours in the fifth one. Although it has been around for 8 years now, Grand Theft Auto V is still a big thing today. And as the world eagerly waits for the launch of the sixth game in the series, Rockstar Games has just launched a very special update for GTA Online. An update that will make petrolheads very happy indeed.

Its name is "Los Santos Tuners", and I can't help but shake the feeling that most players won't even bother playing any "Need for Speed" games anymore. If you'll look into the history of the series, you'll notice how far along in-game vehicles have evolved, even though they continue to have names that have no actual meaning in the real world.

This update comes with whole new series of tuner-based missions and races, but that's not the only interesting thing to note here. Because fans of the genre will be able to enjoy the new Los Santos Car Meet, a virtual space that carries an uncanny resemblance to the real world. It's here that you'll be able to show off your car, engage in racing activities, and earn some extra in-game cash.

This area will be a haven for GTA Online players looking to share their passion for cars and racing in general, as a "good vibes only" policy is in effect. That means you shouldn't be worried about anyone coming in and wreaking havoc for their amusement. A Test Track is included which means you can drive any of the available vehicles without having to worry about pedestrians, the police, or the aforementioned chaos-loving players.

I haven't gotten my hands on the update yet, but I am more and more tempted to jump in at the chance, just by seeing all the features. This is an in-game racing title, as you get to compete in a series of races that add up to your future reputation. On the test track, you can choose between Head-to-Head, Scramble, or Time Trial formats, with up to 30 players sharing the space with you. But don't worry, if you don't mind the heat, you can also take it to the streets with the Street Race Series and the Pursuit Series.

Of course, no racing series would be complete without the addition of some very special cars. The list includes but is not limited to cars like the Mazda RX-7, Nissan Silvia PS13, Toyota Supra MK V, Honda S2000, and Audi RS 4 look-alikes, under their GTA names. I'm sure that as more and more people will be diving in, the list of cars will continue to grow. While I find the whole concept to be awesome, I hope that a more realistic, racing sim version of this format will exist in the future. 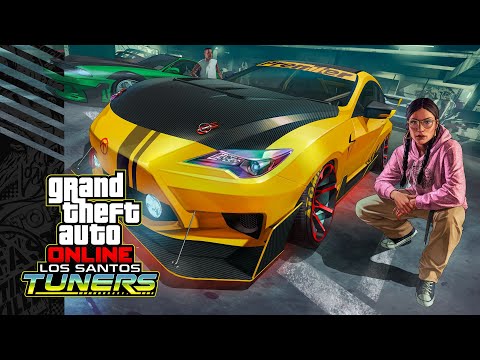 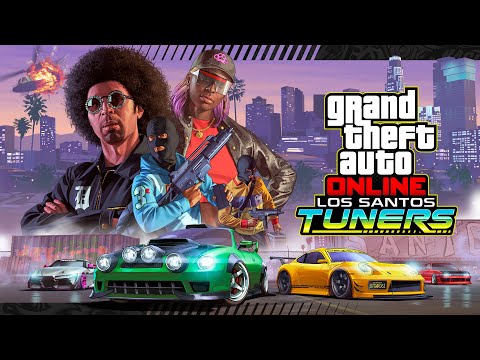