3 Someone Has Discovered a Pre-Release GTA V Map, Los Santos Under Construction

4 GTA V Player Performs Stunts with Every Type of Vehicle, This Is No Picnic

We’re still years away from the moment Rockstar is expected to release the next iteration of Grand Theft Auto, but until that finally happens, modders out there somehow still find new ideas to keep the current version of the game as fresh as on day one.
6 photos

The living proof is a new mod created by JulioNIB allowing you to wreak havoc on the streets of Los Santos using none other than the famous Godzilla. I know what you’re thinking: there are plenty of Godzilla mods already available for GTA V players, so why should we be so excited about this new version?

What sets this mod aside from the rest of the crowd is the atomic breath and all the original Godzilla sounds and effects that are now available in Grand Theft Auto and allow you to walk across the city smashing almost everything in your way.

Unfortunately, when I said almost, I actually meant it, as you obviously can’t destroy buildings. But on the other hand, you can use the atomic breath to destroy vehicles, including cars and police helicopters. So yes, this Godzilla mod really allows you to destroy Los Santos in a most unique way.

For the time being, however, this ultimate Godzilla mod is only in development, so what you see in the video below is actually a preview of what to expect when it’s finally available for users out there. There’s no ETA as to when the launch is scheduled to take place, but judging from the video footage, this shouldn’t be too far, as the mod already appears to be pretty polished and in a rather advanced development stage.

In the meantime, Rockstar is already applying the finishing touches to the enhanced version of GTA V for new-generation consoles. According to the company, that one should go live in the fall of this year. 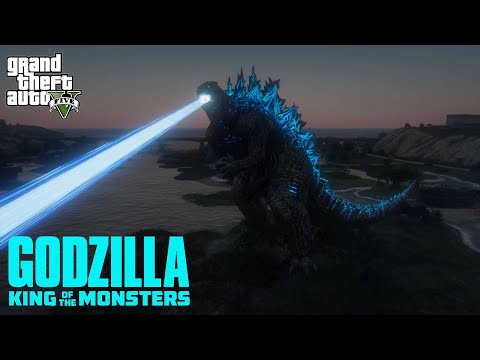