5 This Egg-Shaped, Self-Sufficient Tiny Home Will Take You Completely Off the Grid
Car video reviews:
Up Next

With all the concentrated efforts toward achieving cleaner energy, a Spanish startup aims to reinvent wind turbines. Better said, it aims to offer an alternative to traditional wind farms, much like home solar panels complement solar farms.
4 photos

The startup is called Vortex Bladeless, much like the new type of wind turbine. It recently made the cut on Norway’s top ten most promising startups, earning development support from state energy company Equinor. You may have heard about it on reddit, where it earned the descriptive (and hilarious) moniker “skybrator.”

Unlike conventional wind turbines, Vortex Bladeless doesn’t need blades or even that much wind, inventor David Yáñez explains to The Guardian. It wobbles within wind range and generates energy through vibration.

Because it’s smaller—the current model is only 3-meter (9.8-foot) tall—and because it doesn’t use blades, it could be placed in heavier density areas like cities or in locations with wildlife since it wouldn’t pose a danger to it. It is also noise-free. The goal is to produce these for residential areas, targeting homeowners who already have solar panels. So Vortex Bladeless could complement traditional wind turbines, reaching areas where they couldn’t be used.

“We are not against traditional windfarms,” Yáñez says. “The main benefit of the technology is in reducing its environmental impact, its visual impact, and the cost of operating and maintaining the turbine.”

“Today, the turbine is small and would generate small amounts of electricity. But we are looking for an industrial partner to scale up our plans to a 140-meter [459-foot] turbine with a power capacity of 1 megawatt,” Yáñez adds.

The Vortex Project is, as of the time of press, at 50% through homologation and just 5% into manufacturing, but backing from Equinor is likely to bring these “skybrators” one step closer to reality. It’s been a while since such an immature joke has felt so justified. Also, we’re all 12 inside. 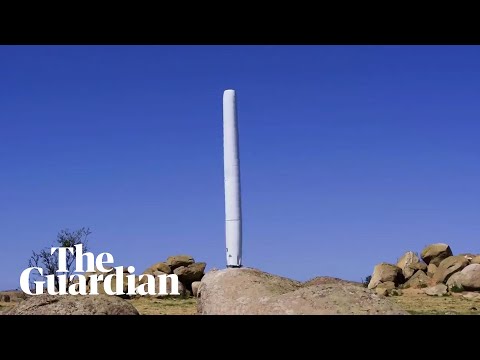