5 Dwayne Johnson Is Done With Fast and Furious, and the Vin Diesel Feud Lives On
Car video reviews:
Coverstory

Home > News > Videogames
6 Nov 2021, 11:24 UTC ·
by Cosmin Vasile
The first video game based on the Fast & Furious Spy Racers Netflix series is out today. Dubbed Fast & Furious: Spy Racers – Rise of Sh1ft3r, the game promises to offer players a brand-new original story, separate from the series, yet tracks based on locations from the series from Los Angeles.
7 photos

Although the Fast & Furious video game franchise did not enjoy the same success as the movie series, it looks like Universal is determined to succeed in some way. Up until now, the only thing the series manage to do is to amass an impressive number of memes after last year’s Fast & Furious: Crossroads’ launch.

While we haven’t dared play Fast & Furious Spy Racers – Rise of the Sh1ft3r, it’s unlikely that the arcade racer will rise to the same level of quality of the movie series. Not that last few Fast & Furious movies are particularly good, but they at least make a lot of money.

Anyway, in Fast & Furious Spy Racers – Rise of the Sh1ft3r, you take the role of Tony Toretto as a Spy Racer in a racing tournament across the world. You’ll be racing on tracks from Los Angeles to the Sahara Desert and beyond.

Throughout your adventures as a Spy Racer, you’ll battle against the resurgent criminal racing organization, SH1FT3R. You have to prove you’re the best by racing across unique tracks using various gadgets and speeding through secret shortcuts.

Fast & Furious: Spy Racers – Rise of Sh1ft3r is out now on PC, PlayStation 4, Xbox One and Nintendo Switch for $40. 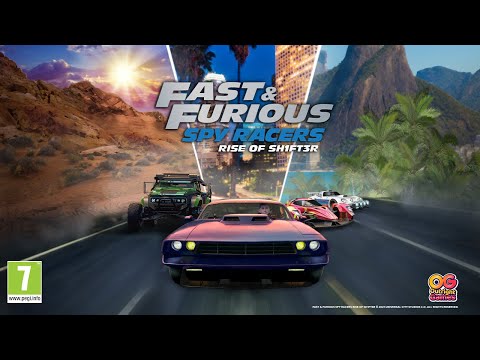