Home > News > Videogames
Cosmin Vasile
Nexon’s KartRider: Drift is coming to PlayStation, Sony revealed today. The most recent installment in the KartRider franchise has already been confirmed to arrive on PC, but this is the first time a PlayStation version is mentioned.
11 photos

During its State of Play digital event, Sony confirmed KartRider: Drift is coming to PlayStation 4 in 2022. More importantly, a closed beta will kick off on December 8, so those who wish to try out the game before launch can do so by enrolling in the upcoming beta. PC and Xbox One players will also have access to the closed beta, so if you’d rather play on other gaming platforms, you can definitely do so.

KartRider: Drift is a free-to-play game in the popular multiplayer series with over 300 million players. It’s one of the few high-profile free-to-play, cross-platform kart racer games that offer impressive visuals, deep kart, and character customization options, as well as varied competitive modes.

In the next closed beta coming in about a month from now, players will have access to two game modes: Item Mode and Speed Mode. The former lets them collect items while racing around the track, which they can use to their benefit. Only two items can be held at a time, and each can be used to attack, defend, or support allies in team-based races.

The second mode available in the closed beta, Speed Mode, is for fast-paced, competitive racing. In Speed Mode, the boost gauge charges up when successfully performing drifts, and when it’s fully charged, players get a boost item they can activate to blast off ahead of other karts.

Finally, Nexon announced that the Livery system will also be enabled throughout the entire close beta (December 8-15), so players can customize the color pattern, wraps, and decals of their kart. 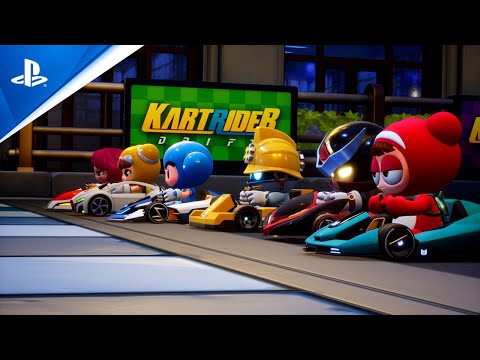