Expedition Sets to Find Sir Shackleton's Lost Ship, You Can Follow It Online

An expedition has set out to locate, survey, and film the wreck of the Endurance, a ship that was lost back in 1915. We are referring to what is described as the greatest shipwreck of all time, Sir Ernest Shackleton's Endurance. Since the wreck is a protected historical site, even though nobody knows where it is, the team of explorers looking for it may not touch or disturb it in any way.
10 photos

Instead, the explorers of Endurance22 will use SAAB Sabertooth underwater search vehicles to help find the wreck. The main goal of the expedition is to find the missing ship in the first place. The second goal is to serve what is left of Sir Shackleton's ship, as well as film it for posterity and research purposes.

Those interested in watching the expedition up close can go to the Endurance22 website, where the course of the SA Agulhas II can be tracked. From the mentioned ship, the team of explorers will deploy the SAAB Sabertooth autonomous underwater vehicles. The devices can be operated from a ship or ice floes. All Sabertooths used in the expedition will have a fiber optic cable tethered to them to send signals to the surface in real-time.

On February 5, 2022, the SA Agulhas II and its crew departed South Africa for a minimum of 35 days at sea. They might stay for up to 45 days, if required, it will all depend on what they find, as well as on the conditions encountered.

The Antarctic expedition we are referring to is organized by The Falklands Maritime Heritage Trust. The organization wants to bring the story of Sir Shackleton, his ship, and the members of the team to new and younger audiences, before it is lost in time. Twenty-one years ago, in 2001, a documentary film of the expedition was released.

Sir Ernest Shackleton and his crew of 28 began an incredible journey of survival back in 1915 after the Endurance, a three-masted schooner, sank. Several books were written about the legendary expedition to the Antarctic. The ship found its end in the Weddell Sea, which is near the South Pole. 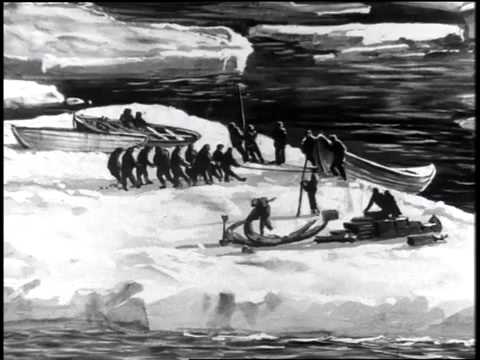 Editor's note: For illustration purposes, the photo gallery shows a diagram of the Sabertooth, as well as the SA Agulhas II, as well as a sledge that was used by Sir Shackleton's expedition.