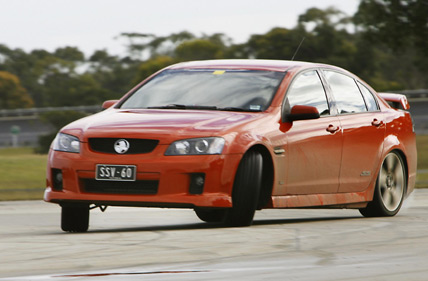 All cars produced and sold in Australia in 2011 and afterwards will have to offer Electronic Stability Control (ESC) as standard according to a new Australian Design Rule announced yesterday. The Federal Minister for Infrastructure, Transport, Regional Development and Local Government, Anthony Albanese, revealed in Canberra the new regulation, which is expected to enhance on-road safety of both passenger cars and SUVs.

FCAI President and Holden Chairman and Managing Director Mark Reuss said that making ESC mandatory on all new passenger cars and SUVs is a very important step made towards an enhanced vehicle safety level for all motorists, pointing to a couple of international studies that revealed that ESC can prevent more than 30 percent of single vehicle accidents.

“Mainstreaming ESC technology in passenger cars and SUVs will save lives – it is as simple as that,” Reuss said. “This new regulation supports what Holden is already committed to achieving – that every next generation Holden, including light commercial vehicles, will have ESC as standard, if not already standard."

"ESC greatly improves vehicle safety performance and is probably the most significant advance in vehicle safety since seatbelts were made compulsory in the early 1970s. ESC is all about avoiding crashes – fitting ESC as standard is absolutely the right thing to do for all motorists.”

Furthermore, Holden has already equipped its product lineup with Electronic Stability Control as standard, the company said in a release. Year-to-date in 2009, the Australian manufacturer has introduced ESC as standard on more than 80 percent of all Holden passenger cars and SUVs. Additionally, in 2008 ESC became standard on all locally built new generation wagons.