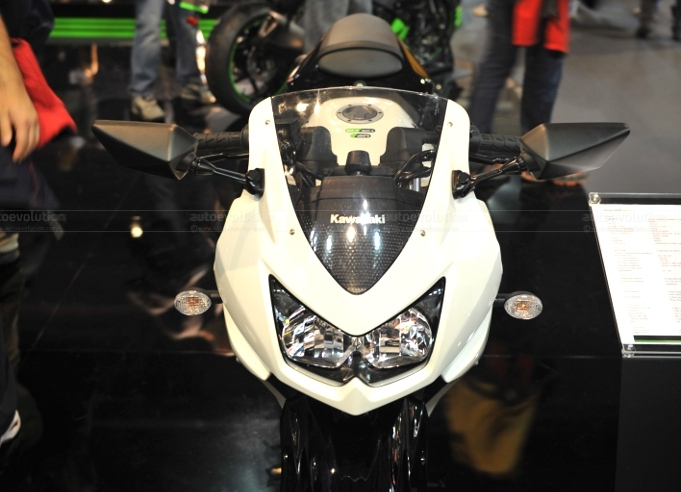 Continuing our coverage of the Milan Moto Show this year, we turn our attention to a couple of models from Japanese manufacturer Kawasaki. The bikemaker has brought the 2010 Kawasaki Ninja ZX-6R as well as the brand new 2011 Kawasaki Ninja 250R to the event.

The 2010 Kawasaki ZX-6R returns with the same 599 cc four stroke, liquid cooled DOHC, four valves per cylinder, inline four-cylinder engine. The chassis features the same “Big Piston” forks. This system makes use of a large diameter internal piston that is much better under hard breaking especially during the corners.

The 2010 ZX-6’s exhaust layout has the same short side muffler with an exhaust pre-chamber that reduces weight and improves mass centralization. 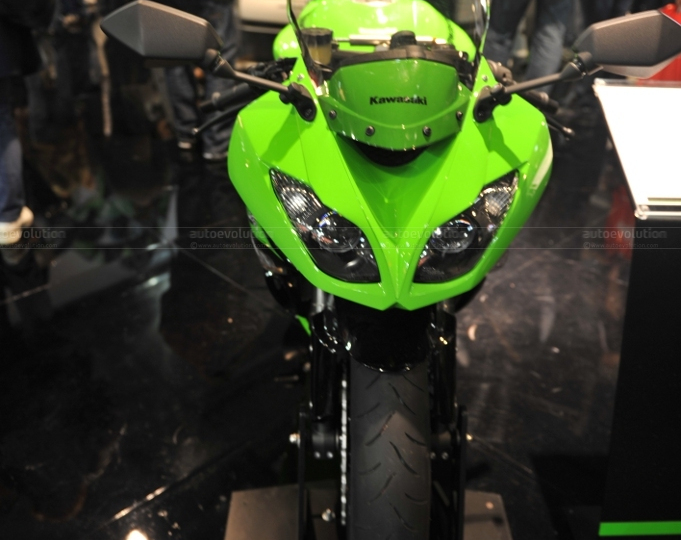 With the 2011 Ninja 250R, Kawasaki hopes to make the ultimate entry-level motorcycle for its fans. The bike has a lot of styling features in common with the ZX-6R.

The most attractive features are the entry-level bike’s ridiculously low price of $3,999 (EUR2,850), as well as its low running and maintenance costs.