3 No Time to Die First Trailer: A Banged-Up DB5, Explosions and Brooding 007

UPDATE: 2020 Geneva Motor Show Canceled at the Last Minute Due to Coronavirus

A new James Bond movie is coming out in a little more than a month and the promo tour for it has officially started. Daniel Craig and the most iconic 007 cars have made the cover of the latest print issue of Top Gear Magazine.
14 photos

The actor, for whom this will be the last outing as James Bond, also sat down for a chat with the magazine and let it slip that he didn’t actually drive the Aston Martin DB5 during the film’s car action scenes. Well, color us surprised.

Actually, no, it’s not surprising at all. If back in the day, some actors who were willing to take the chance were allowed at the wheel during action scenes, such a scenario is hardly possible today (unless your name is Tom Cruise, apparently). Insurance companies and production companies will simply not have their biggest stars and big productions put in peril over bragging rights.

So, while Craig was allowed to drive the DB5 for a short while, he was replaced by stunt driver Mark Higgins for the more dangerous stuff. Craig seems amused that he even has to explain that, but here it goes.

“You know we fake it, don’t you?” he tells the magazine. “The only person who didn’t fake it was Steve McQueen. We’re not allowed to do that any more, although I do go driving. I was allowed to donut the (Aston Martin) DB5 in Matera (Italy), which was great.”

“I’m lucky to have access to a brilliant bunch of experts who take me out, and we talk about it,” the actor adds. “We talk about the correct body language behind the wheel.” Which is to say, the correct way to act as if you’re driving a car in a particular scenario.

For his part, Higgins tells Esquire that he’s happy with the arrangement he had with Craig on the set of No Time to Die: Higgins got to do his job and drive, while Craig did his by acting. It was a win-win.

As a bonus, in anticipation of the No Time to Die premiere, Top Gear took 5 of the most iconic rides in the James Bond franchise for a spin, starting with the Aston Martin DB10 built specifically for Spectre, at director Sam Mendes’ recommendation. 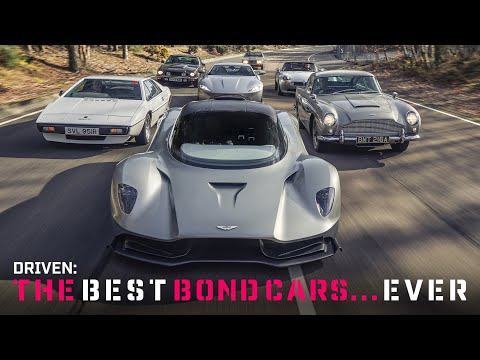