1 Cupra Formentor Takes to the Streets for the First Time, Gets Caught on Camera

Home > News > Car Profile
Mihnea Radu
Even though new regulations are now in place, we still don't trust official fuel consumption numbers, especially when vehicles are heavy and/or fitted with powerful turbocharged engines. And that's the case with the Cupra Ateca.
1 photo
The first performance crossovers were a little smaller and lighter. We're talking about the MINI Countryman JCW or Nissan Juke Nismo. But automakers (including MINI) decided a 1.6 turbo wouldn't be enough to give you the necessary goosebumps. Of course, the Cupra Ateca was always going to have the same 2.0 TSI as the Leon, which it shares to some degree with the VW T-Roc R and Audi SQ2.

Now, the Leon Cupra can be relatively frugal when in the eco mode because it's barely heavier than a normal family hatchback. However, the Ateca less aerodynamic, packs standard AWD and a DSG gearbox, which can negatively impact fuel consumption in some situations.

Officially, the model is rated at 8.9 l/100km (32 mpg UK) in urban driving, which is less than a liter more than the hatchback. But the numbers are a little ambitious. This independent test from Polish website AutoCentrum suggests that when the driver is trying to be frugal, the Cupra will drink 9.6 l/100km (29 mpg).

When he's being energetic with the 300 HP crossover, it goes to 20.0 l/100km (14 mpg). VW dials don't show anything above that; otherwise, owners would freak out. So what about cruising?

The upside to all this is an Ateca that looks ready only for school runs yet will do 0 to 100 km/h (62 mph) in about 5 seconds. Also, check out the acceleration test below or one of the drag races we shared earlier. 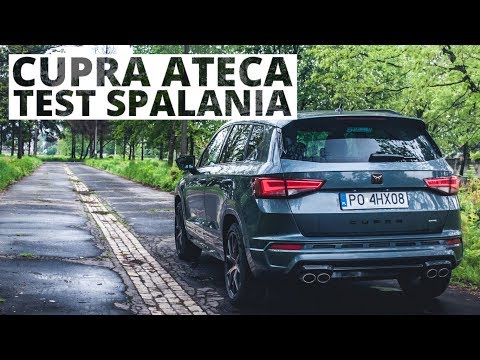 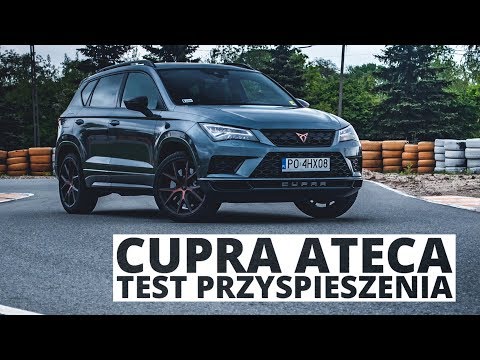