2 NASA-Styled Starship Rendering Is Quite the View

Home > News > Videogames
Cosmin Vasile
If you’ve been denied the NASA engineer position that you’ve been dreaming of all your life, don’t fret. Cosmoteer: Starship Architect & Commander is the perfect alternative if you still want to flex your starship designer skills, and you won’t even have to pay for it.
7 photos

We previously reported about the game, but we've just got word that an open beta of Cosmoteer is now available for PC gamers. It gives full access to the game before its early access launch on Steam this fall. Just like the name suggests, in Cosmoteer you’ll be able to craft starships, battle enemy fleets, and explore the entire galaxy.

After the launches this fall, players will be able to choose how they want to play, solo or team up with up to three other friends in co-op multiplayer. Also, the game will feature a PvP mode where pilots can test their design and command skills against other players. Cosmoteer’s physics-driven battles with dynamic module-based destruction seem quite appealing, at least on paper.

For pacificists, Cosmoteer offers a so-called creative mode, where they can design their starship without any limit, alone or with friends. Still, the Career Mode might be the most interesting aspect of Cosmoteer for those who just want to build their starships and explore the galaxy.

Career Mode is an evolved formula of the Bounty Hunter single-player mode available in the demo version of Cosmoteer, where players destroy enemy ships to earn money and then use the money earned to upgrade their ships. While it sounds interesting in theory, this becomes repetitive very fast, which is why Career Mode has been added to the game.

Apart from the new open beta, those interested in Cosmoteer will be able to play a brand-new demo during this year’s Tacticon, which runs on Steam from September 22-25. 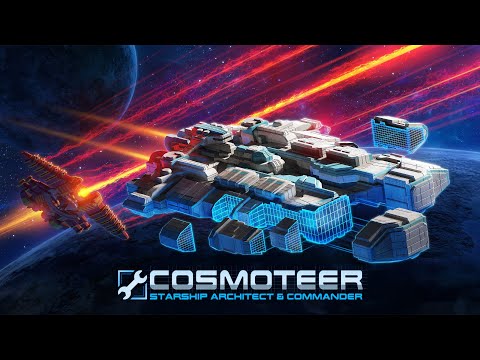