NASA-Styled Starship Rendering Is Quite the View

Home > News > Space Junk
Razvan Calin
"Humanity will reach Mars in your lifetime." (Elon Musk, July 6th, 2022). Except we already did. 2,398 weeks and one day have passed since then, for the astronomically precise reader. That’s two weeks shy of 46 years ago, when Viking 1 landed on Mars.
19 photos

Another confusing tweet by Elon Musk, as his Mars-pointing spaceship just got positioned on the launch pad earlier today. Musk might be right about a manned mission from Earth reaching our Solar system red neighbour in the next few decades, but as far as NASA is concerned, we already made it.

Soon after the S24-dubbed (or SN24) Starship was laid on the launch site, a tweet from Erc X caught the eye of space enthusiasts. The rendered image of the SpaceX’s Starship fully reusable launch system gets the credit for the artwork, although the name Endeavour on the side might raise some eyebrows and questions alike. Historic legacy homage-paying namesake aside, the cosmic vehicle is depicted in the very conspicuous NASA “white jacket black tie” fashion.

The killer (whale) looks of the ErcXSpace-rendered Starship have been noticed immediately by a considerable lot of the artist’s followers on Twitter. Apart from the colorful resemblance with the sea-dwelling mammal, the rendering is also a reminder of what a whale of a task it is that Musk has undertaken. But knowing his well-proven determination, one can safely assume that the billionaire will at least aim for Mars, if not putting a human there. Be it with or without NASA.

While the S24 is on site waiting for the first orbital flight, the specs of the astounding machine are just as impressive. Claimed to be the most powerful space vehicle ever made, the Superheavy Starship configuration crushes any predecessor with 16 million pounds of thrust.

But first, they’ll have to get past the most difficult obstacle humanity has ever devised: bureaucracy. Musk must abide by the environmental issues his beloved rockets are bringing up at the launch site. Also, public safety issues (such as overflight of populated areas and payload contents), national security or foreign policy concerns, and insurance requirements. 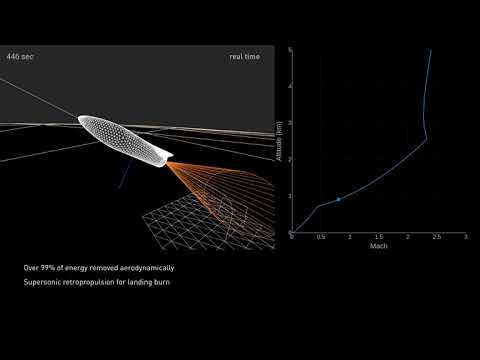 Humanity will reach Mars in your lifetime

Editor's note: Photos in the gallery include other renderings which may not be strictly related to the original topic.