4 Ford Over Chevrolet Explained in Brief

5 1952 Chevy Styleline Custom Is What Lowrider Dreams Are Made of, Up for Sale
Car video reviews:
Up Next

Chevy Pushes All the Right Buttons in Latest Holiday Commercial

Home > News > Industry
Tim McKenzie
It is no secret that television and radio stations create most of their revenue from selling ad space on their specific platforms. In fact, in the early days of both, neither may have survived without advertising revenue.
7 photos

It doesn't come cheap for companies to put together an effective advertising campaign and then find the appropriate channels on which to run it. For example, in order to have a commercial played during the 2022 Super Bowl, advertisers had to pay $233,000 per second of air time. That's a chunk, folks!

Therefore, companies essentially go for the juggler of consumers testing their pain threshold in a variety of areas. One of the lowest and most vulnerable of those thresholds is going after the fabric of the American family.

In that regard, Chevrolet nailed a recent holiday commercial that begins with a woman escaping the cold wind in a mall parking lot by getting into her 1957 Chevrolet Bel Air Station Wagon. With a man standing nearby charging his electric vehicle, the woman, Mrs. Hayes, tries to start her car. Despite imploring the car to start, it's to no avail.

The scene then shifts to Mrs. Hayes gazing into the rearview mirror and reminiscing back to a time when she had to send a loved one off to war sitting in the same car. As the story unfolds, a framed American flag with a photo of the loved one is displayed, indicating that he had perished.

Never one to spoil a movie with a boring narrative, I'll stop there and encourage you to watch the video in its entirety. In fact, you may need to watch it a couple of times to fully grasp the message that is so artfully presented.

Kudos to the marketing folks at Chevrolet for coming up with a very poignant ad that touches on so many aspects of everyday life in America. 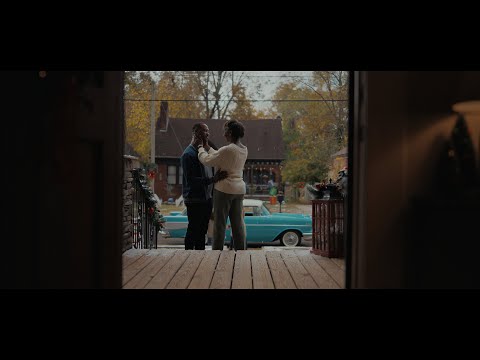