5 2017 Chevrolet Bolt Battery May Degrade As Much As 40% Over the Warranty Period
Car video reviews:
Space Junk

Charge an EV in Just Five Minutes with the Revolutionary FlashBattery

We've all lived through certain events that left such a profound impression on ourselves that we'll always remember what we were doing while we got the news.
5 photos

This announcement coming from StoreDot - an Israeli startup specializing in fast-charging batteries - has the potential of becoming one of those moments, with the sole difference that this time, we were all doing the exact same thing: watching the screen of our laptops, tablets of phones.

The EV industry's biggest problems are all related to the batteries it uses. They are too expensive to manufacture, too large, too heavy, have limited capacity and, above all, take forever to recharge. Advancements have been made in all areas, but they are still the main hurdles any manufacturer that plans to introduce a new EV on the market has to deal with.

The worst of them all, however, has got to be the charging time. It is probably the only practical thing that makes battery-powered cars worse than their internal-combustion engined counterparts. We do have more and faster charging stations by the day, but they still don't offer the same convenience as filling up a gas tank.

StoreDot thinks it might have come up with a solution, and if what it says checks out, it would be hard to argue against it. The company has just released a few bits of information about what it calls the FlashBattery, a whole new take on the way we look at energy storage devices.

The FlashBattery does not use the lithium-ion technology we've all become accustomed to, but layers of nanomaterials and proprietary organic compounds instead. It's all pretty sketchy at the moment, and you can understand why StoreDot would want to hold on to this patent and not give away too much information for now, but it did showcase its performance, and unless this is a big hoax, it's nothing short of revolutionary.

They claim the technology can allow a battery to charge completely in just five minutes, and even though there's no mention of the battery's capacity, the video shows one with 60 kWh. StoreDot also claims its battery is a lot safer since it won't catch fire and has a higher combustion temperature.

A drop so severe in charging times would make long-distance travel a reality for EVs, with the sole condition left being the availability of charging stations. But since every gas station has access to electric power, there is no reason to have to look too far for one once more people embrace EVs.

With prices and technology shifting so quickly, though, these are dangerous times to invest in an electric vehicle if you're strapped for cash and you're not willing to buy a new one after only a few years. It's like the IT craze from the '90's when we went from 30 MHz to 600 MHz on our computers' CPUs in less than five years. 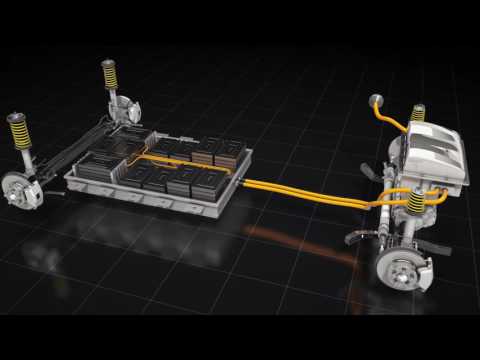