3 Jeff Bezos’ New Shepard Climbs to the Edge of Space

Seeing so many private corporations competing in the new space race, it’s not hard to imagine how a future when conglomerates, and not nations, rule the galaxy. It is the future envisioned by countless sci-fi writers and one that up until recently we only considered fantasy.

Blue Origin's Race to the Stars

For some years now, geeks with tons of money, the likes of Elon Musk, Richard Branson and Jeff Bezos, are gridlocked in a race to take humanity into the next chapter of evolution, and perhaps towards humans becoming a Type 2 civilization, as described by Russian astrophysicist Nikolai Kardashev.

We are probably centuries if not more away from that moment. But having a first look at how these three men plan to shape our future is a first step in understanding what we may become.

Earlier this year, we detailed Elon Musk’s and SpaceX’s Falcon-Dragon combo for space exploration. A while back, we covered Richard Branson’s view of the future. Now let’s take a closer look at Jeff Bezos’ perspective. BLUE ORIGIN
Bezos’ company in charge with the creation of his space program is called Blue Origin. It was founded in the year 2000 and has a stated goal of enabling, just like Richard Branson;s Virgin Galactic, private human access to space.

Blue Origin focuses on suborbital to orbital flight, powered by vertical takeoff and vertical landing (VTVL) vehicles, just like Elon Musk’s SpaceX. In its first years of operation, it was a rocket engine supplier for other entities, like the United Launch Alliance (ULA).

The space  vehicles Blue Origin is currently working on are the New Shepard and the New Glenn.

The New Shepard, named after the first American astronaut in space, Alan Shepard, is a suborbital crewed rocket intended for space tourism or transport of NASA and other nations’ astronauts to the International Space Station (ISS).

First tests of the New Shepard started in 2006, with the most recent one being the eighth test flight in the last days of April, which took the rocket to an altitude of 66 miles (107 km).

When fully operational, the capsule would serve as a research facility as well. Blue Origin says it is ideal for studies in microgravity physics, gravitational biology, technology demonstrations, and educational programs.

When humans are allowed onboard, six of them will be able to fit in a space ten times larger than the one Alan Shepard had on his Mercury flight in 1961.


The New Glenn takes its name from the first American astronaut to orbit the Earth, John Glenn, and is a orbital launch vehicle not yet developed.

According to Blue Origin, the system has more than twice the volume of any 3-stage rocket commercially available. It will be capable of reaching low-Earth and geostationary orbits with the help of a re-ignitable engine powered by liquid oxygen.

Just as the New Shepard and SpaceX’s Falcon, the first stage is reusable, flying back to earth after completing its mission.

Being an orbital craft, the New Glenn will not only be used to transports tourists to the edge of space, but to place satellites and other equipment into orbit at the request of various space agencies.

New Glenn will be built using the expertise gained with the Shepard. ENGINES
Both space machines will be powered by in-house built engines. The first is the BE-3, the first new liquid hydrogen-fueled rocket engine to be developed for production in America in over a decade. At full throttle, it is capable of generating the equivalent of more than 1 million horsepower.

The second is the BE-4, scheduled to fly on ULA’s Vulcan rocket in 2019. It will be five times more powerful than the BE-3. PROSPECTS
Unlike SpaceX, Blue Origin is not yet conducting regular flights into orbit. The New Shepard has been hauling research payloads from NASA, the German Aerospace Center (DLR), and commercial customers during the April test, but the first manned missions are scheduled for an yet undisclosed date.

Following these tests, Blue Origin plans to begin work on the New Glenn, which is set to take its maiden flight sometime in 2020. 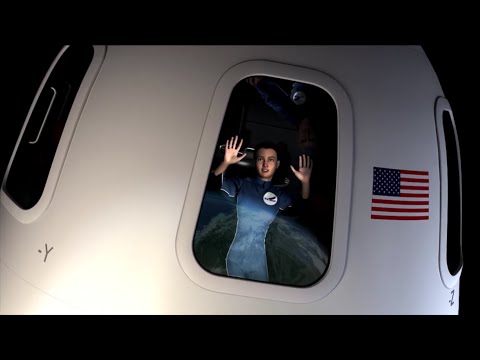 New Hot Wheels Multipack Looks Like a Pot of Gold, Has Eight Cars InsideSee all coverstories