2 The Apple Car Is Still Alive, and a Ford Veteran Joins Apple to Make It Happen

5 Apple Car Team Is No More, Mass Production by 2025 Now in Doubt
Car video reviews:
Up Next

Apple Car Is Very Much Alive, Will Feature VR Technology and Possibly No Windows

It’s been eight years since the first rumors about the development of the Apple Car, or iCar as it was named, appeared in the public space. From then on, the project had its ups and downs, and Apple added a host of new car-related patents to its portfolio. One related to VR technology used in a vehicle has caught everyone’s attention.
7 photos

Apple has lost the genius of Steve Jobs, but this doesn’t mean the company is lacking in talent or ideas. Despite rumors about the development team being disbanded earlier this year, the project continues, with new information surfacing almost every week. The fact that Apple hired Ford veteran Desi Ujkashevic is enough confirmation that the project continues.

Apple’s recent filing for a patent related to the use of Virtual Reality and Mixed Reality technologies in a moving vehicle further confirms the work is underway. The patent has the rather bland title of “Immersive display of motion-synchronized virtual content.” Still, the description sheds more light on what Apple intends to do and its connection to its car project.

The patent number US 11,321,923 B2 filed with the USPTO is related to a VR entertainment system that uses the motion of the vehicle to create an immersive experience for its passengers. Apple intends to synchronize the VR content to the movement and acceleration of the car as it travels to its destination.

“The VR system may provide immersive VR experiences by replacing the view of the real world with virtual environments,” reads the patent filing. “Active vehicle systems and/or vehicle control systems may be integrated with the VR system to provide physical effects with the virtual experiences.”

The first use of such a system is to reduce motion sickness for people traveling. For that, passengers would use the VR headset instead of windows to see the outside world. Apple would use virtual reality and mixed reality to alter the virtual environment for the passengers upon determining that they are prone to or are exhibiting signs of motion sickness.

The technology can also be used to stabilize the environment for car passengers. This is helpful when reading virtual books or watching videos and during virtual meetings while on the road. The system uses the vehicle’s cameras to acquire images of the car’s surroundings. Another Apple patent helps with that. We see how the Apple Car concept takes shape as the puzzle pieces fall into place.

Apple is also working on the software backbone of its future autonomous vehicle. According to previous rumors, Apple Car OS will take inspiration from Tesla and power everything inside the car, from basic operations to autonomous driving and onboard entertainment. 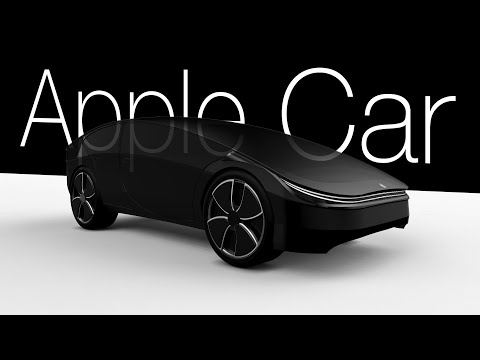