4 American Truck Simulator Is Off to Wyoming Next, Here’s a Chill Video

Home > News > Videogames
Cosmin Vasile
It looks like American Truck Simulator fans were really hungry for new content. Developer SCS Software has just confirmed that the game’s most recent expansion – Wyoming, is now number 1 in the Steam Global Top Seller list. Basically, it’s the best-selling thing on Steam, which is quite an achievement considering that it bested Pathfinder: Wrath of the Righteous and the Hellraiser chapter for Dead by Daylight.
6 photos

American Truck Simulator – Wyoming is a $12 expansion that adds a new map to the game and a handful of new features and improvements. If you’re considering the new expansion, you’ll be happy to know that early buyers receive a special cabin accessory, a Triceratops plush toy. To obtain the item, you’ll have to take any External Contract or External Market job from the city of Gillette.

As far as the new content goes, Wyoming introduces routes to and from 10 cities, as well as 14 settlements. Players will be able to deliver important industries such as coal and soda ash, as well as farm, agriculture, railyards, and much more.

Unique landmarks have been recreated in American Truck Simulator – Wyoming, such as the Devils Tower National Monument and part of the Yellowstone National Park, which can be visited.

Also, accurate representations of cities like Cheyenne, Casper, Jackson, Sheridan, and many more have been included in the expansion. Players will also be able to drive on the famous Highway to Heaven, as well as haul cargo on the I-80, the second-longest Interstate highway in the United States.

Those who haven’t yet played American Truck Simulator can pick up the base game at a huge 75% discount. The promotion is available on Steam until September 13, so there’s still time to decide whether or not this is something that you might enjoy.

We’re not sure if the amazing success of the new DLC will boost SCS Software’s morale to the point that the next expansion that covers Texas will arrive earlier, but we do hope it will be even better than Wyoming. 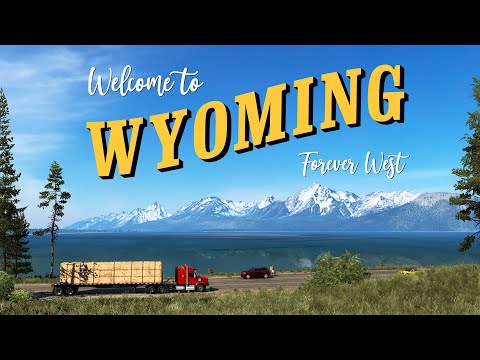