Alfa Romeo Giulia Quadrifoglio Gets Dyno Tested, Results Are Not As Expected

Alfa Romeo’s Giulia Quadrifoglio caused a stir on the Internet when it was first announced, and petrolheads have been arguing about it ever since.
6 photos

The Italian performance sedan comes with a twin-turbo V6 that is rated at 510 HP (EMEA region/ 505 hp for U.S. model) and 443 lb-ft, and the company has already announced a very good time on the Nurburgring. With that in mind, some enthusiasts of the Alfa Romeo brand have complained about its look, its specifications, and its price.

Similar criticism has come from those who did not have a particularly good opinion about the Italian carmaker. Most of those thoughts were expressed just by watching a few videos online, viewing the specifications of the Giulia, and looking at its photos.

Evidently, some of the people that liked it have gotten the chance to touch it and even get behind the wheel, and the same can be said about the people who disapproved the Giulia Quadrifoglio. We also drove it, and the opinion of our fellow editor can be found in the Track Test.

Fast forward to 2017, and a YouTuber buys a 2017 Alfa Romeo Giulia Quadrifoglio. She named her channel AutoAvanti, and the car is being showcased in multiple videos. The most recent of them involves performing a dyno test, which is done at a shop called CBRD Speed Factory, and a Mustang-brand dyno is employed.

The results of the test reveal 392 hp and 389 lb-ft of torque, which is significantly less than the official numbers. Torque is 12% lower than the announced figures, while the power measurement brings a difference of over 20%.

The YouTuber notes that the Mustang brand of dynamometers is known for its “conservative ratings” when compared to other similar devices, which means that the vehicle offers a little more power in real life.

As usual with dyno testing, it is best for the said vehicle to be in optimal operating conditions when it is tested, and nobody can guarantee that all other vehicles with the same configuration will provide the same figures.

Automakers usually disclose power values that are conservative themselves, so that they do not risk a lawsuit in case clients have trouble obtaining their maximum output in different atmospheric conditions.

However, it is unusual to see a considerable difference in power and torque, which should be investigated through a repeated test on the same device, along with another test somewhere else. Once those results are in, they should only apply to that particular vehicle. 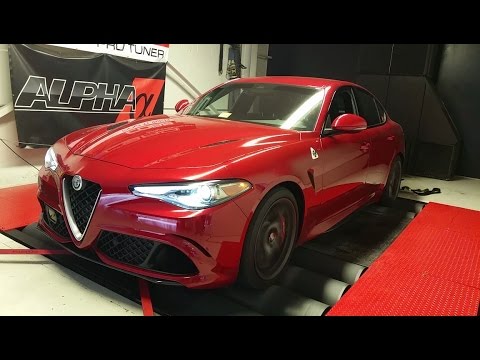