1 Honouring Some of the Fastest Women in Motorsport

4 McLaughlin Holds Off World Champion for Maiden Win in IndyCar

Back in 2019, the NTT IndyCar Series announced that as soon as this year the teams taking part in the competition will be allowed to deploy hybrid powertrains. Of the two engine suppliers for the series, Chevrolet and Honda, the Japanese were the first to commend the organizers for the decision.
6 photos

Years passed quickly, 2022 is already here, and no hybrid engine is in sight. In fact, earlier this month, we were informed the new powertrains should make it into the series no sooner than 2024, on account of the supply chain issues that have plagued the automotive industry since the start of the pandemic.

Unlike back in 2019 though, now we have a solid indication the new powerplants will probably be ready by then. Honda announced this week its E85 bio-fueled 2.4-liter internal combustion engine component of its system has made its track debut at the Indianapolis Motor Speedway.

Mounted on a Chip Ganassi Racing chassis, the engine was for the first time put through its paces on the track by six-time IndyCar champion Scott Dixon, on a modified version of the 13-turn, 2.6-mile (4.2 km) course.

Testing was not without a minor issue, as low temperatures in the morning delayed the start. Once things got going though, everything went without a hitch (short video of that below), but Honda does not go into details.

“This is an important step for HPD, Honda and INDYCAR as the series moves into the electrified era, and it was a successful day,” said in a statement David Salters, HPD president and technical director, “but there are many more steps to take before the full, hybrid power unit debuts in 2024.”

The arrival of the new powertrains should significantly increase power levels for the racers, from the current output of between 550 and 700 hp to above 900 hp. 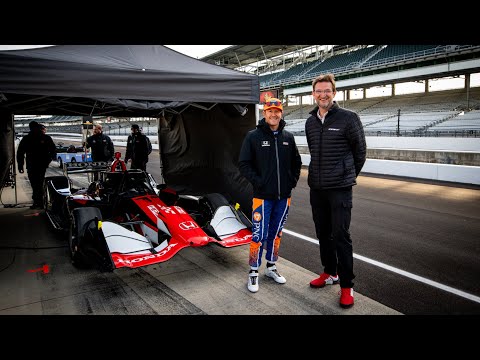