Caught in the North American EV pickup truck whirlwind, the average enthusiast might start to forget certain details. After all, the hype is all about Rivian R1Ts, GMC Hummer EVs, the 2022 Ford F-150 Lightning, and its upcoming Mopar or Chevy rivals, as well as a certain, tardive Tesla Cybertruck.
18 photos

While initially, some little companies – from Lordstown to Bollinger and Nikola made the headlines with their Endurance, B2 or Badger attempts at EV pickup truck glory; now it turns out that legacy automakers still rule supreme. Sure, there is the odd case of Rivian’s successful release of the R1T. But do remember this startup is backed up by immensely powerful entrepreneurial entities.

And, as far as pricing is concerned, it represents the middleweight category – as opposed to the already released GMC Hummer EV, which is currently the massively expensive option, or the 2022 Ford F-150 Lightning, which has already positioned itself as the affordable choice. Well, no one should be surprised if the latter will continue to bring pride to the all-time best-selling F-Series.

But what about the competition? So, we already know what the 2024 Chevy Silverado EV will look like and while it is still not ready for primetime (it’s scheduled for a fall introduction) we can also imagine the design of the 2024 Ram 1500 EV. Better yet, the good folks over at the AutoYa info channel on YouTube have already done that in one of their previous videos, which is embedded second below.

But they also decided to remind everyone that another major legacy automaker is missing in action with its third attempt at EV pickup truck market domination. That would be General Motors, of course, who has promised a zero-emissions onslaught on way more occasions than we even care to remember anymore. And, so far, only their GMC Hummer EV made good on the crazy promises.

Still, the latter is just the first of two battery-powered GMC trucks, as the company teased us late last year with the perspective of a posh, modern, and quiet GMC Sierra Denali EV. It seems that the initial 2023MY unveiling timeslot has almost closed, so we must rely on unofficial previews for the time being and hope that a 2024 release date will finally do the premium trick. Until then, does this look cool and colorful, or not? 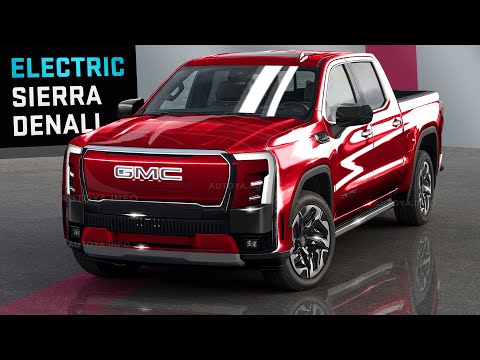 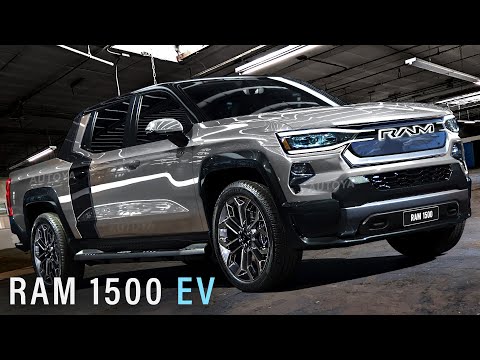