2 Ford Gives Up Making Cars in Another Country: India's Time Has Come

Sebastian Toma
Ford has teased the upcoming Ranger pickup truck, which is set to be revealed later this year. The midsize model has received a different type of camouflage, which leaves little to the imagination. The Blue Oval even revealed the hashtag for the reveal of the next-generation Ranger, which is #NextGenRanger.
8 photos

The upcoming Ford Ranger will reach the market in 2022, and it will be an MY2023 vehicle in the United States of America. As you can see in the teaser video and in the photo gallery, Ford has fitted the Ranger with LED taillights, built-in steps for the rear bumper, and a shark fin antenna.

Ford's next-generation Ranger will be built on a platform that is going to be shared with the corresponding Volkswagen Amarok. This is not the first partnership of this kind between Ford and VW, and both companies will benefit from a reduction in development and production costs.

Ford has designed and engineered the next-generation Ranger in Australia, and the Blue Oval promises to offer the most capable and most connected Ranger ever.

Since the current generation model already features Android Auto and Apple CarPlay connectivity, the next generation is expected to come with a larger multimedia screen, and possibly a bigger screen in the gauge cluster.

Depending on the market it will be sold in, the next-generation Ford Ranger will reportedly get a V6 diesel instead of the inline-five-cylinder unit, which will be dropped from the range. Other powertrain options rumored to be offered with the new Ranger include a plug-in hybrid setup based on a 2.3-liter four-cylinder gasoline engine, along with a 2.0-liter four-cylinder diesel.

Australia and Thailand will be among the first markets to get the next-generation Ranger, which is why Ford's Australian branch got to tease the Blue Oval's midsize pickup truck.

The European market will get the next-gen Ranger sometime in 2022, while the North American continent is expected to get the receive it in late summer. 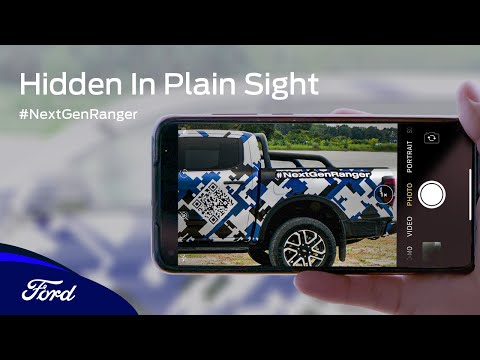