After countless leaks, spy photos and videos, teasers, plus – of course – unofficial CGI unveilings, BMW finally “unleashed” the 2023 M3 Touring for its dynamic debut at Goodwood FoS alongside the Duke of Richmond.
17 photos

Surely, given the rough weather, it is understandable that fans could not witness the latest BMW M car taking the course at full throttle. But it still gave us the jibbers, for all the right and wrong reasons. For many, this high-performance station wagon is the sum of all things – space to haul the daily groceries or the entire family on holiday, plus the ability to rock some track sessions in between. But what if you are beyond gas and never want to look back?

Then, understandably, you are a bit out of luck unless you are willing to compromise and settle for a crossover SUV instead of an EV sedan or hatchback. Alas, over across the virtual realm, nothing is impossible – including finding that elusive “all-in-one electric car you need.” And, interestingly, a couple of automotive pixel masters both thought about the same base almost at the same time.

Most recently, the virtual artist better known as SRK Designs on social media has decided to play with the 2023 BMW i4 M50 and make it a Touring station wagon instead of the real-world battery-electric liftback. Yes, we know that BMW wants us to think this is a four-door coupe – but come on, it’s actually a five-door with a liftback. Never mind the body style, because now it became a true station wagon.

That was achieved courtesy of the CGI expert’s latest behind-the-scenes making-of video (embedded below) and presents us with a logical morphing case. The second depiction, by Kleber Silva, the Brazil-based virtual artist known as KDesign AG on social media, is not as visually complex but makes that up by also presenting us with an alternate style based on the regular i4. And, even better, for those who despise the humongous grille, he also dabbled with the idea of a 3 Series-based i3 Touring! 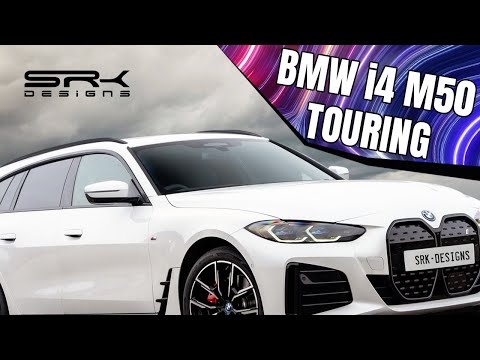