The 2014 Infiniti Q50 has received an overall five-star safety rating by the National Highway Traffic Safety Administration (NHTSA), who tested the new four-door sedan using their New Car Assessment Program.
1 photo
The vehicle received five stars in the side crash, side pole and rollover tests, and obtained four stars in the frontal crash test. In the side crash, driver and passenger safety received a full five stars, while the frontal crash test revealed a four-star rating for the driver and a three-star rating for the passenger. The NHTSA concluded that the 2014 Infiniti Q50 has a 9.7 percent rollover risk.

"We're pleased with NHTSA's recognition of Infiniti's efforts to develop some of the safest cars on the road," said Infiniti Americas Vice President Michael Bartsch. "The Q50 offers elegant design, inspired performance and 'Five-Star' safety. In particular, the Q50 is also the platform for us to introduce a number of world's first safety technologies including Active Lane Control (ALC) and Predictive Forward Collision Warning (PFCW)."

Sales of the 2014 Infiniti Q50 commenced in August in the United States. The four-door sedan was included in the 2014 North American Car of the Year short list, but didn’t make it in the final. 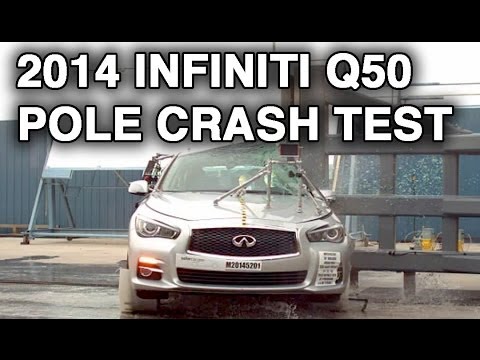