1 MINI Coupe Is a New Adventure Every Day 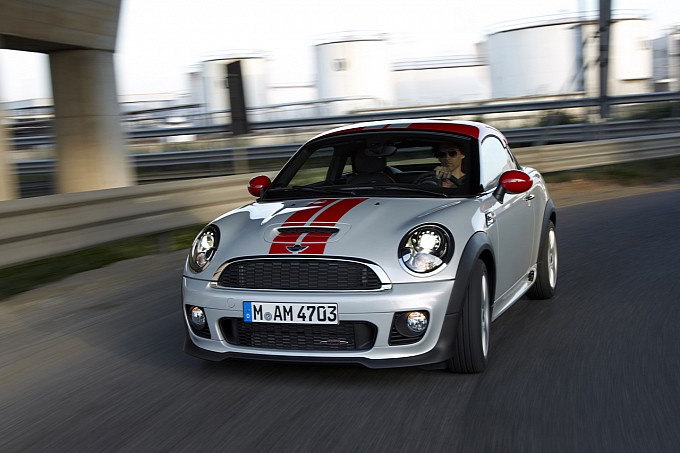 It’s only been a day since MINI officially unveiled the 2012 Coupe, but we just couldn’t wait until we got to hear what the car will cost to own in the States. That info has officially been revealed and we are going to pair it up with the performance and output figures for the US-spec engines. MINI has also announced that its other models will get a $100 bump in price, though other European carmakers have done worse.

If the photos revealed yesterday made you realize that owning one is a possibility, you need to realize that was a range topping JCW Coupe that goes for $31,900. However, for the base price of $22,000, you too can enjoy the first ever MINI two-seater coupe, though it has been fitted with a less-than-impressive normally-aspirated 1.6-liter, and come paired with a six-speed manual transmission.

US consumers don’t get a diesel-power variant, but the Cooper S and JCW Coupes are very exciting proposition. BMW Group has added its twin-scroll turbocharger and direct-injection to the 1.6-liter engine to produce either 181 hp or 208 hp respectively. Both are available with automatic gearboxes, and the mid-range models costs $25,300, while the JCW Coupe will set you back $31,900.

All other MINIs will cost $100 from now on, with the exception of the JCW Hardtop and Convertible that get a bump of $800, due to the added standard aero kit.