2 Ram Trucks to Use BorgWarner TransferCases

2011 Ram Heavy Duty's Big Brother, the Raminator, is Back 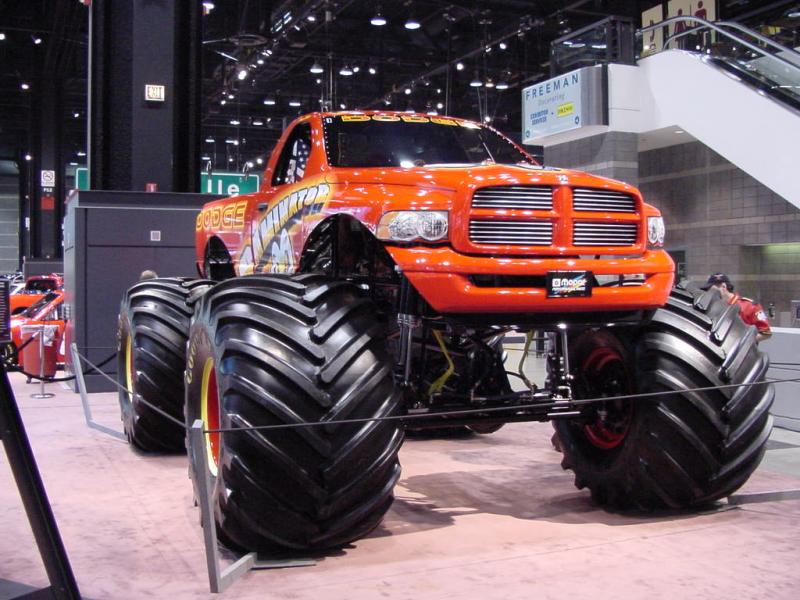 The Ram Brand Truck will renew its monster truck racing collaboration with Hall Brothers Racing. Thus the company is continuing a marketing exercise started in 2002 with the birth of the Ram-based “Raminator” monster truck and, at the same time, refueling the one of the tanks that keep the enthusiasts’ fire burning.

The Raminator is the property of Champaign, Illinois-based Hall Brothers Racing, a team which has won 14 monster truck championships.

"We are proud to renew our association with the Ram Truck brand," said Hall Brothers Racing President and Crew Chief Tim Hall. "The new Ram trucks are simply amazing! The team is excited about getting them on the race track,"

The Raminator has also been used for internal marketing purposes, as a special competition involving 1,500 Chrysler Group employees was organised to chose the truck’s name back in 2001.

The machine is powered by a 565 cubic inch Hemi engine that uses methanol and delivers over 2,000 HP. The monster truck is 10 feet tall an weighs 10,300 lbs. Ever since its’ racing debut in 2002 it has competed in the MTRA and U.S. Hot Rod Association Monster Jam Events, winning the Truck of the Year title six times. The Raminator has made hundreds of dealer appearances every year.