Unveiled at the same time as its hatchback sedan brother, the fourth generation of the Skoda Octavia Combi benefits from the same updates and went official outside of an auto show, approximately six months before arriving in showrooms.

Sharing the success of the Octavia sedan, the new Combi is the best-selling Skoda station wagon ever and its latest generation has increased dimensions in all areas compared to its predecessor. New connectivity and assistance systems are also part of the redesigned package.

The Czech compact station wagon is now 22 mm longer and 15 mm wider than its predecessor, while the already giant luggage capacity has been increased by 30 liters to 640 liters, making it the largest in the compact station wagon segment by far. Similar to the sedan, the redesigned exterior now features narrower headlights with LED technology for the low beam, high beam and daylight driving lights as standard while the new shape gives it a drag coefficient of just 0.26, one of the lowest in its segment. Its revamped interior features a multi-level dashboard with LED ambient lighting and features a free-standing central display. Depending on trim level, the model can be equipped with either a manual single-zone or a dual-zone automatic climate control system, while a triple-zone Climatronic system is available as an optional extra. 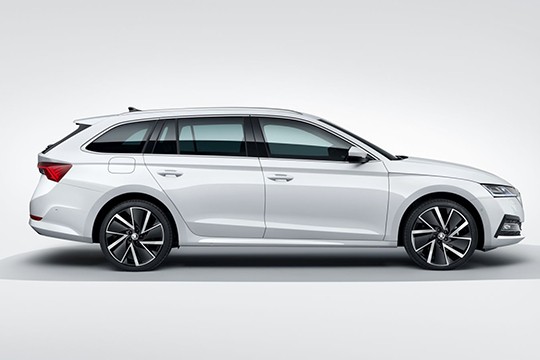