Hyundai introduced the first refresh for the Genesis G90 range in 2021, three years since the model's introduction on the U.S. market, and that change affected the exterior, the cabin, and the drivetrain.

Genesis G90 was the flagship model of the Korean carmaker, which was the upscale brand for the Hyundai-Kia group. It offered the most luxurious ride for its customers, but it had to go through a facelift process every three years, just like its siblings.

We might say that the 2022 model year, introduced in late 2021, represented the most important refresh for the luxurious model. Its headlights were completely changed, not just reshaped. Instead of one headlamp, it featured two thin LED lines divided by a horizontal slat. At the front, the grille kept the diamond shape, but the lower bumper received bigger air intakes. On the sides, the same sculptured line started from the front fenders and ran across the bodywork towards the rear, in a sloped curve ended at the taillights.

While the exterior and the interior went through an extensive workout, the drivetrain was shrunk to just one engine option, a 3.5-liter twin-turbocharged V6 powerplant paired to an eight-speed automatic transmission that sent the power to the rear or in all corners. 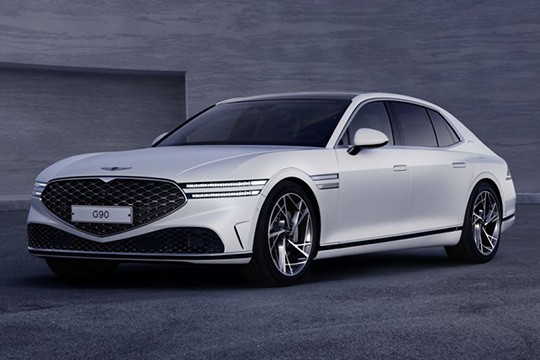